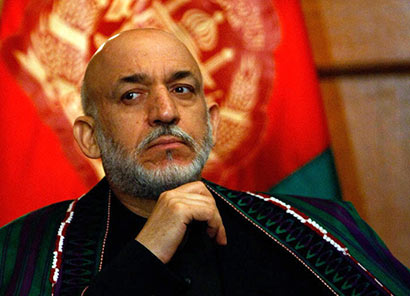 Afghan President Hamid Karzai postponed on Sunday a planned visit to Sri Lanka over the killing of 19 Afghan soldiers in an assault by Taliban militants.

“The Afghan president is saddened by this tragic incident, and therefore he postponed today’s official trip to Sri Lanka,” Karzai’s office said in a statement.

The government also confirmed that six soldiers were missing after the attack in the eastern province of Kunar, long a stronghold of Taliban, al Qaeda and other militants. Earlier, a spokesman for the governor of Kunar said that seven soldiers had been captured by the Taliban in the attack. (Reuters)