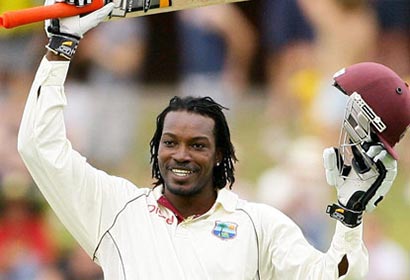 Having made peace with the West Indies Cricket Board, explosive batsman Chris Gayle today returned to the country’s Test side after more than 18 months.

Gayle has been named in the West Indies squad for the first Test against New Zealand starting Wednesday.

Gayle last played Test cricket during the tour of Sri Lanka in December 2010. Also back in the squad is Shivnarine Chanderpaul, who missed the final Test against England due to a side strain.

The selectors have left out an injured Darren Bravo from the 13-man squad. Bravo sustained the injury during the England tour.

The first Test against New Zealand will be played in Antigua before the teams head to Jamaica for the second and final Test.