AG gives undertaking Harin will not be arrested 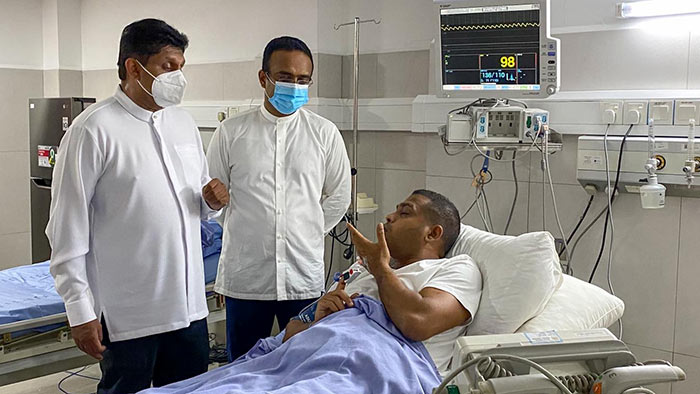 The Attorney General (AG) yesterday gave an undertaking to the Supreme Court that Parliamentarian Harin Fernando would not be arrested while his Fundamental Rights petition was being supported.

The AG made this statement when Samagi Jana Balawegaya Parliamentarian Harin Fernando’s Fundamental Rights petition was taken up before the Supreme Court. The Bench comprised Justices S. Thurairaja, K.K. Wickramasinghe and Mahinda Samayawardana.

Fernando filed a Fundamental Rights application in the Supreme Court stating that he was to be arrested without basis. Along with the petition he annexed a statement wherein 40 Government MPs have asked for an investigation against him.

He also filed a statement wherein Opposition Leader Sajith Premadasa in Parliament has stated that MP Harin Fernando was going to be arrested and asked the Speaker to prevent such an arrest. The Speaker had done nothing and no one in the Government denied that he was to be arrested, the petition said.

Subsequently, he asked that the Court issue an order preventing him from being arrested.

Senior Counsel Romesh de Silva PC, who appeared for MP Fernando, stated that such course of action would be satisfactory but not sufficient. He wanted an order that his client would not be arrested.

Thereafter the Attorney General gave an undertaking that Harin Fernando would not be arrested while the petition was being supported. In the circumstances, the Court re-fixed the matter for support on 14 July.

1 Response to AG gives undertaking Harin will not be arrested

Home » AG gives undertaking Harin will not be arrested