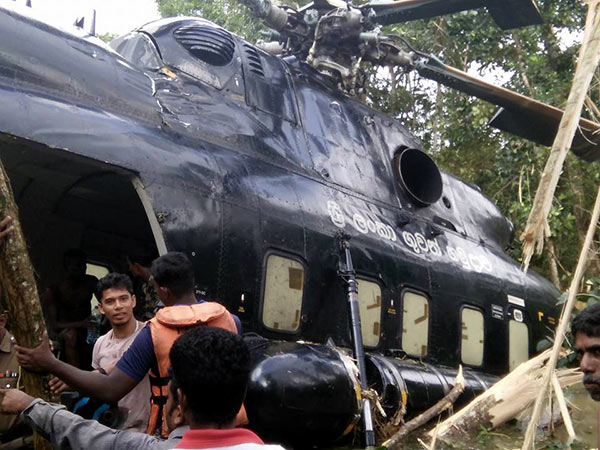 An Air Force helicopter, involved in the relief effort has crashed in Baddegama this morning, Air Force Spokesman said.

The Spokesperson stated that no casualties have been reported and that all crew members have been moved to safety.

President Maithripala Sirisena has also spoken to the pilot of the helicopter that had crashed, and conveyed his appreciation for their brave efforts in distributing goods to the flooded villages. 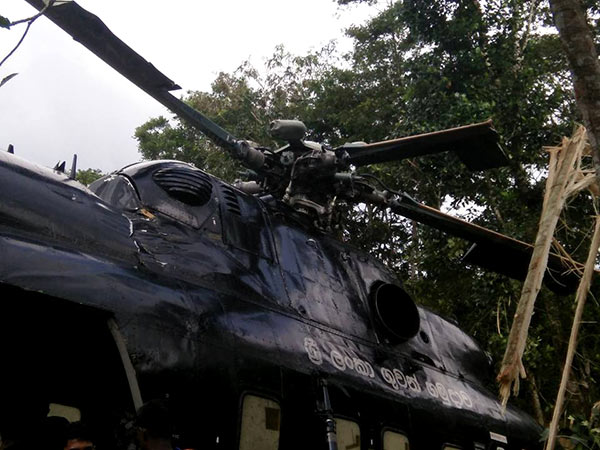