Air pistols instead of firearms 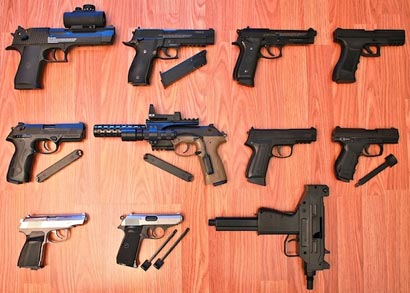 The Defence Ministry has decided to issue air pistols instead of firearms to farmers and cultivators to protect their cultivations and poultry farms, reports say.

In its progress report, the ministry said more controls would be introduced in the issuance of firearms to civilians and that an environment of competition would be created among importers so as to bring down prices of air pistols.

Under the provisions of the Guns Ordinance, an air pistol is not considered a firearm.

During the year under review – up to July 30, 2011 – the ministry has reportedly issued 222 firearms to farmers and cultivators to protect their cultivations while 348 firearms had been approved the previous year.

Nine fire arms had also been approved during the first seven months of the year for the security of various individuals and property.

4 Responses to Air pistols instead of firearms