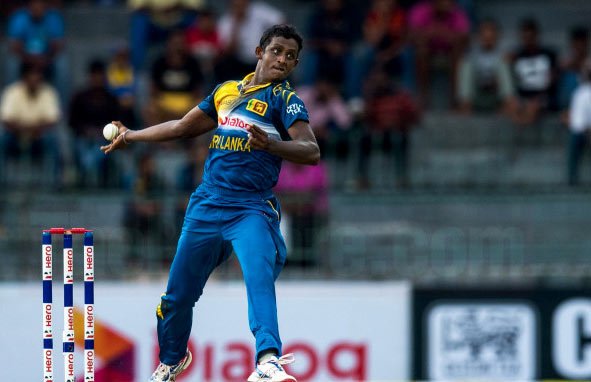 Ajantha Mendis, the mystery spinner from Sri Lanka who bamboozled the world with his ‘carrom ball’ and various other variations for a few years, has announced his retirement from all forms of cricket, according to BBC Sinhala. He is 34. He last played for Sri Lanka in 2015.

Mendis is best remembered for his 6/13 in the Asia Cup Final in 2008. He then made his Test debut against India, devastating India by taking 28 wickets over three matches. “I have just seen the future of spin bowling – and his name is Ajantha Mendis,” cricket writer Rob Steen had said about Mendis after his breakthrough performances that year.

Mendis would go on to reach 50 ODI wickets faster than anyone else in history. He remains the only bowler to take a six-wicket haul in T20Is twice.

After an initial period where Mendis was regarded as one of the most dangerous international bowlers – he was Sri Lanka’s leading spinner in the 2009 and 2012 T20 World Cups – there was a decline in Mendis’s graph, with a general notion being that batsmen had started to read him better.