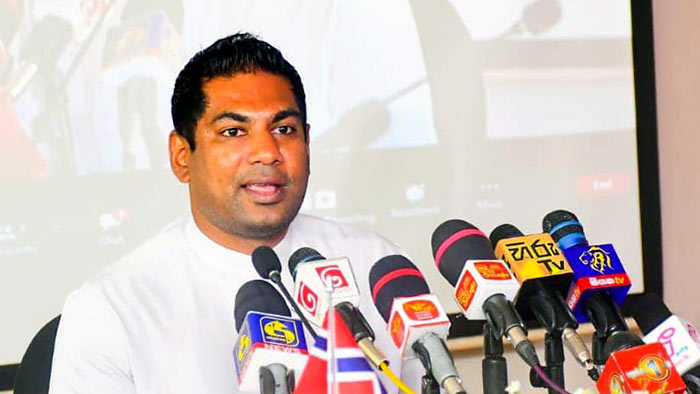 Information has been received that Corona patients are attempting to enter Sri Lanka by sea and officials have been instructed to be vigilant over this issue, Fishery Harbour Development and Fish Exports State Minister Kanchana Wijesekara said.

He made the above statement in an inspection tour he made to the Mirissa Fishery Harbour.

Information has been received that some Corona victims are trying to enter Sri Lanka using the sea route and officials have been informed to be more observant.

“We have experience and knowledge over international maritime barter. We are watchful of this illegal pursuit. Instructions have been given for vessels venturing into international waters. They have been instructed on how to deal with infiltrators. Due to the prevailing Covid situation, a special appeal is made to the fishing community to provide the necessary assistance to the Fisheries Officers, the Navy, the Coast Guard and the Police. If a fishery port like Mirissa has to be closed down it will cause great damage to the economy. It will take more time to re-open the port,” the state Minister elaborated.

“We have already issued necessary instructions and guidelines on how to maintain hygienically protected fishing anchors. We gave such instructions as we want to keep our fishery harbours going without interruption in this new pandemic situation.”

If there is any risk in maintaining fishery harbours, we shall follow it up and make the necessary decisions. Several officials of the Fisheries Harbour Corporation also have been quarantined. These tasks have to be done with minimum number of officers. The highest number of patients was reported on May 1. We cannot be satisfied with such a development. As a government we expect the utmost cooperation of people in combating this epidemic outbreak. This is not something that can only be controlled by rules. People should also be disciplined, he pointed out.

For a long time, the health and defence sectors have been committed to this cause under great pressure. A new set of health rules has been introduced for the next two weeks.We hope that the number of patients would be reduced thereafter, Wijesekara observed.