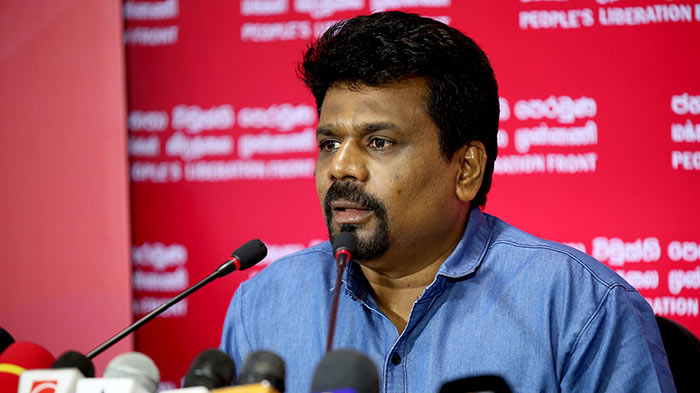 Anura Kumara Dissanayake, in his address, argued that the Government’s economic and political objectives have caused severe distress to the working public. He said that in 2020 alone, the Government amassed around Rs 2 trillion in debt.

As a result of foreign debt, the Government had to sell the Western Container Terminal of Colombo Port to India and the Colombo Port City will be governed by a special commission and the activities in that area would not be restricted by local regulations.

Dissanayake said that hospitals are being overwhelmed and the working community is suffering the most. He related an instance where a man in Kandy, who needed to undergo a surgery in 2021, was told he had to wait until 2028.

He stressed that the Government’s capitalistic principles of controlling the country’s economy is not suitable.

The Government has also failed migrant workers, Dissanayake went on to say. Whilst every other country had tried to somehow bring their workers home, the Sri Lankan Government seemed to make little effort, he claimed.

Instead, Dissanayake said that the Government presents popular but ultimately ineffective policies as solutions. He pointed out to the decision to ban chemical fertilizer and the move to provide guns to farmers as examples of this Government tactic.

“We cannot continue like this,” asserted the JVP Leader. He argued that Sri Lanka needs a political and economic change for working people to be protected. “The JVP will work to its maximum potential to achieve such a change for the people.”