All 12 members and coach of Wild Boar soccer team rescued 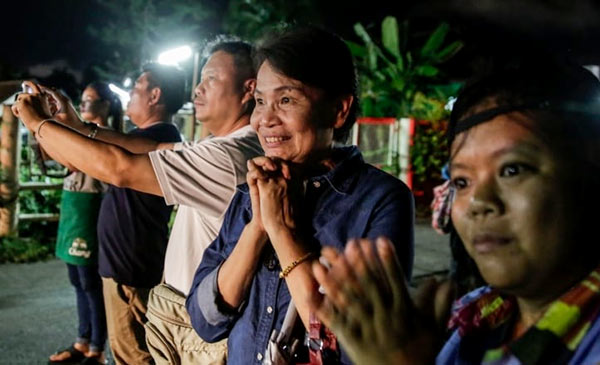 After more than two weeks trapped inside a cave complex in northern Thailand, all 12 boys and their soccer coach have finally been rescued. The last three members of the youth soccer team and their coach were pulled out of the cave on Tuesday afternoon, the third day of a huge international operation to save them.

They were accompanied by four experts who have been by their side more or less constantly since they were found early last week. Nineteen divers assisted in the operation on Tuesday.

The boys were exploring the caves on June 23 with their coach when they were trapped inside by heavy seasonal rains. After they were found on July 2, officials cautioned it could take some time to get them out, but with heavy rain forecast to hit the region authorities decided to act.

Thai Navy SEALs were still waiting for four divers to come out of the cave complex following the rescue of 12 boys and their soccer coach.