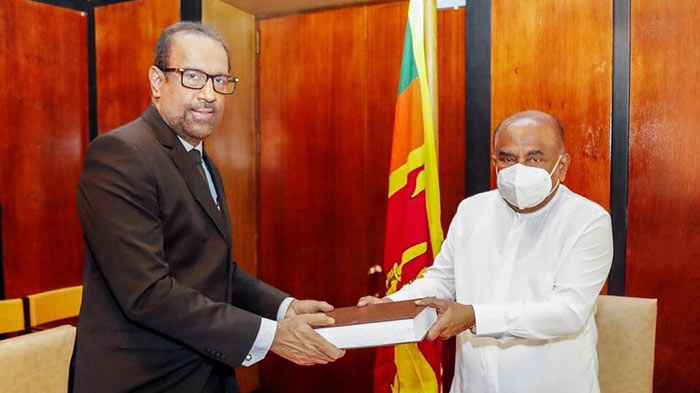 All the volumes, including the final report of the Presidential Commission of Inquiry (PCoI) into the 2019 Easter Sunday attacks and related witness records, have been submitted to Parliament.

The complete report that includes 88 volumes was handed over to the Speaker of House Mahinda Yapa Abeywardena by President’s Counsel Director General Harigupta Rohanadeera this morning (February 22) at the Parliament complex.

The final report was handed over to Parliament by the Presidential Commission of Inquiry into the Easter Sunday attacks on April 8, 2021 while the witness records were not made public owing to legal restraints.

The relevant files were handed over to Parliament on the instructions of President Gotabaya Rajapaksa as the findings of the Presidential Commission of Inquiry should be communicated to the public and for further perusal by the Members of Parliament.