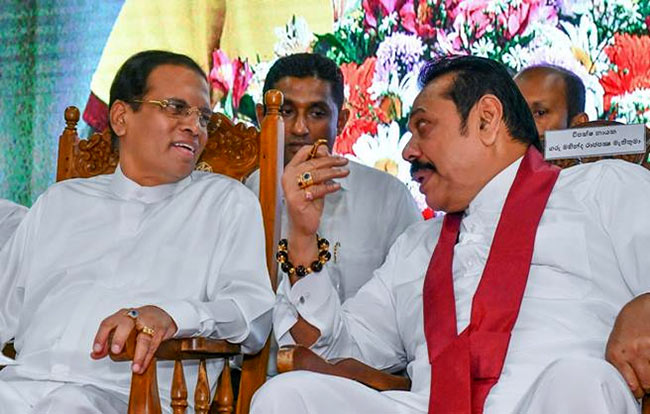 Bringing forth a new national movement to form a new goverment and a new set of programs  for the betterment of the country is the main responsibility of all those who love the country  today, said President Maithripala Sirisena.

The President made these remarks participating as the chief guest at the 22nd Annual Conference of Mahajana Eksath Peramuna held in Colombo yesterday (17).

This year is an election year, said the President, where a new goverment is being made and that all should ask from their own conscience wheather the new goverment will be serving an extremely powerful forces of the right or else a goverment be made that identifies the problems of the country and loves the country for the betterment of  the nation and its future.

The President said that the UNP is not led by its leader today.

So that the need of the  country is a  new goverment that is friendly to the nation. He pointed out that without a wider people-oriented collective movement, the victory cannot be achieved. The President added that the country must be freed from the huge debts and the economical prosperity should be established and the wishes of people should be realized.

The President further stated that there is an essential need that the nation should have a wider colloboration of people and in order to give birth for such a force the whole nation should come together.
The Mahajana Eksath Peramuna which played a major role in the battle towards accomplishing the wishes of the people, is a historical party and the President expressed gratitude for the services rendered in its long journey up to today.