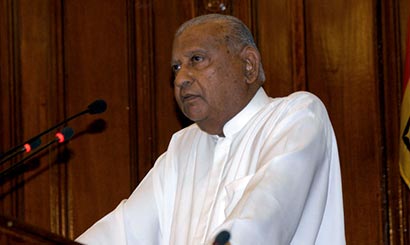 Senior Minister Ratnasiri Wickramanayake today said that armed forces and police should be equipped with modern weapons as there were signs of terrorists raising their heads again.

“There are many elements operating locally and internationally, trying to disturb the peace we have gained. A political party had adopted a resolution stating that the country should be divided,” the former Premier said adding that, “these things should be taken seriously, and the country should allocate more funds for defence.”