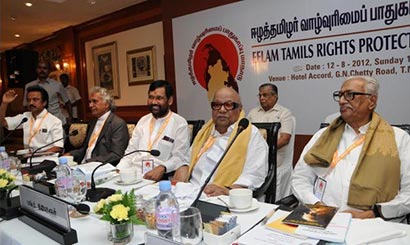 The Madras High Court on Sunday permitted the Tamil Eelam Supporters’ Organisation (TESO) to go ahead with its conference at the Young Men’s Christian Association (YMCA) grounds, Royapettah in Chennai.

A Division Bench, comprising Justice Elipe Dharmarao and Justice M. Venugopal stayed an order of the Chennai city police denying permission to hold the conference at the YMCA grounds. The Bench allowed the meet to go on at the same venue, but imposed some conditions.

A special sitting was held for about an hour in the High Court on Sunday. The Bench heard P. Wilson, senior counsel for the petitioner, a member of TESO, and the Advocate General, A Navaneethakrishnan.

On Friday, a Division Bench consisting of Justices Elipe Dharma Rao and M Venugopal had directed the Chennai Police Commissioner to consider the application seeking permission after rejecting permission. Against this, J Anbalagan, MLA and member, TESO, filed a writ petition

Earlier, in a preliminary meeting ahead of a conference on the plight of Sri Lankan Tamils organised by the Tamil Eelam Supporters’ Organisation (TESO), an outfit he has revived after a quarter century, Dravida Munnetra Kazhagam president M Karunanidhi on Sunday spoke on the need for both a long-term and medium-term political solution to the national question in Sri Lanka.

Avoiding the use of the word ‘Eelam’ — a term which the Union government had initially objected to for use in the conference title, but later allowed —, Mr. Karunanidhi said, “The long-term solution to ensuring the rights of Tamils in Sri Lanka is a political one, which has been discussed and debated for a very long time.”

The Centre’s advisory on avoiding the word ‘Eelam’ in the title, too, had created an air of uncertainty, but a day later, the Ministry of External Affairs withdrew its objection, but advised the organisers and participants against saying anything that would affect the sovereignty of friendly nations.

The forenoon meeting, held at a city hotel with 36 participants, was convened to have a discussion and finalise the resolutions to be passed the main conference. A Division Bench of the Madras High Court is set to hear the organisers’ challenge to the city police order denying permission.

In his address, Mr. Karunanidhi stressed on a medium term solution, too. According to him, it involved reconstruction of infrastructural and civic facilities in Tamil-majority areas in north and east Sri Lanka to ensure a reasonably decent living for the people, including the right to property, education, employment and other democratic rights.

He charged that “systematic Sinhalisation” was taking place in areas traditionally inhabited by Tamils. “There is total disorder and disturbance in the day-to-day life of the Tamils,” he said.

“The road to return to normal life is full of thorny bushes, mud and mire. The Sri Lankan military making life akin to a state of emergency in Tamil areas is painful and the threat to their carrying on their routine life is distressing, especially after the Geneva resolution,” he said. He was referring to the UN Human Rights Commission resolution passed earlier this week in Geneva on the need for a probe into alleged war crimes.

Mr. Karunanidhi also referred to his half-day fast on April 27, 2009, seeking an end to military operations. He had given up the fast, he contended, only because the Sri Lankan government “misguided” the government of India and the rest of the world by issuing a statement that the war was over. 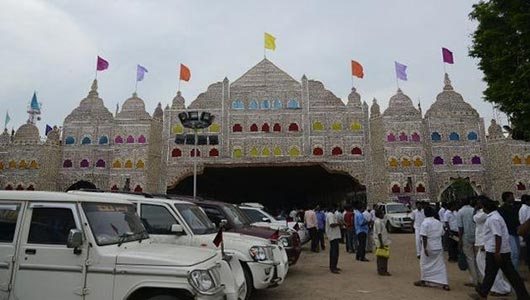 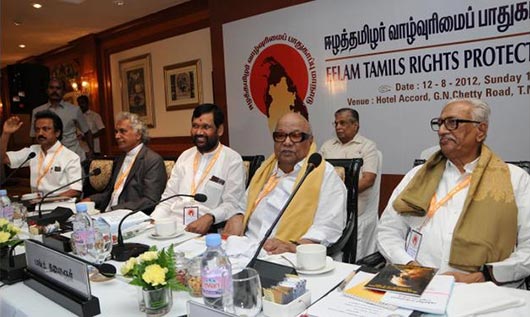