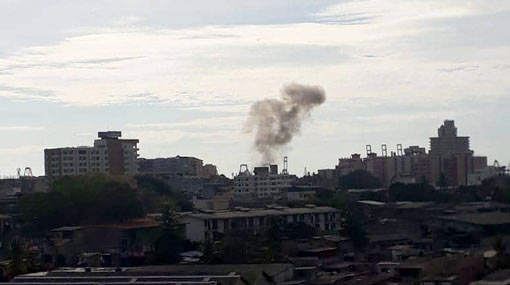 A controlled explosion has been reported near St. Anthony’s church in Kochchikade a short while ago.

The explosion took place while the bomb disposal units of the Special Task Force (STF) were diffusing an explosive device uncovered inside a van parked near the church.

Police also claim that no casualties or fatalities were reported in the incident reported a short while ago.

The van is reportedly on fire.