Another leopard dies in Nawalapitiya after being trapped 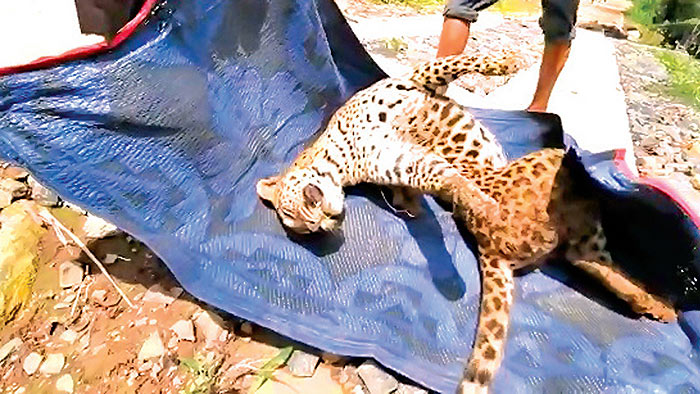 A two-year-old juvenile leopard died after being caught in a trap in the Newlands section of Westhall estate in the Nawalapitiya Police Division, yesterday (August 25).

It is reported that the stomach area of ​​this leopard has been severely crushed after it was caught by the wire which was placed on a tea tree by hunters to catch animals roaming in the tea garden.

On a tip-off given by a group of labourers working in the tea estate to wildlife officials about a leopard caught in a trap, officials from Gampola and Nuwara Eliya wildlife offices arrived at the place but the leopard was already dead when they arrived.

The postmortem is to be conducted by the Randenigala Veterinary Hospital.

Home » Another leopard dies in Nawalapitiya after being trapped