Another letter from Speaker to President 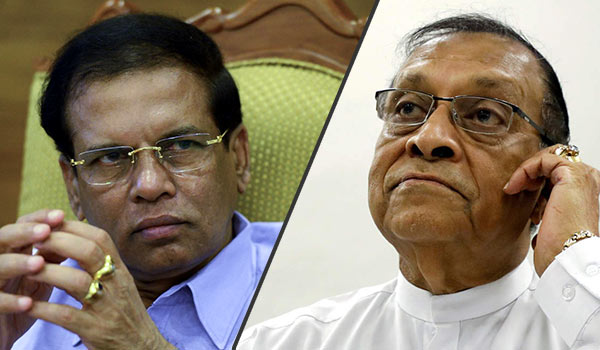 Speaker of House Karu Jayasuriya has informed President Maithripala Sirisena that a No-Confidence Motion was passed against Mahinda Rajapaksa in Parliament today.

Speaker’s office said in a letter to the President, Speaker Jayasuriya had detailed the incidents that occurred in Parliament.

A document containing signatures of 122 Members of Parliament has also been sent to the President.

A No-Confidence Motion against Mahinda Rajapaksa and his government was passed in Parliament today.

Patali Champika Ranawaka speaking to NewsRadio said the motion was passed with a majority during this afternoon’s parliamentary session. He said Parliamentarian MA Sumanthiran proposed to suspend standing orders in the house.

He said subsequently the motion was passed with a majority. Meanwhile, the Sri Lanka Podujana Peramuna has attributed today’s unrest in Parliament to the recent conduct of the Speaker.

In a statement the SLPP said, Speaker Karu Jayasuriya also continues to act in favour of the United National Party.

Home » Another letter from Speaker to President