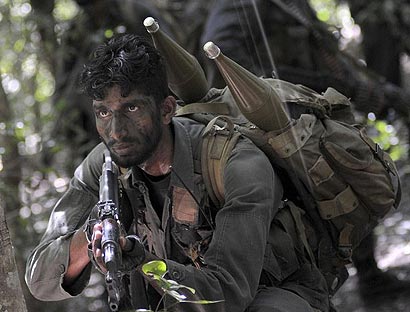 The programme of providing anti-terrorist operational training in jungle terrains for foreign army personnel will commence on the 10th of this month at the Kuda-Oya Commando School. The Army Commander Lt. General Jagath Jayasuriya has said that military personnel from India, Pakistan and Bangladesh will attend this training programme.

The Army Commander has said that 4 personnel from India and Pakistan and one from Bangladesh will participate in this training.

This group is joining the training programme following an invitation by the Army through diplomatic channel. The training programme will cover 50 – 90 days and army personnel from several other countries are expected to undergo similar training in the future, due to the vast experience the Sri Lankan Security Personnel have gained in its operations against the LTTE terrorists who were considered as one of the most dangerous terrorist group in the world, and which were vanquished in May 2009. (niz)