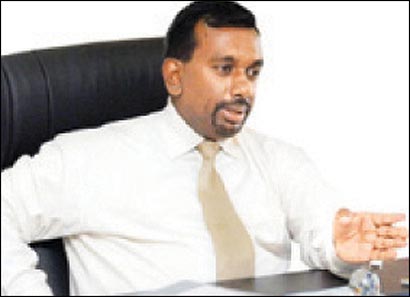 Sports Minister Mahindananda Aluthgamage has promised to introduce several new amendments to the controversial Sports Law (No25) of 1973, which currently governs Sri Lanka’s sports, as early as February.

“I hope to introduce the new set of Policy and Regulations for the Sports Law by Febraury. We have already completed a big part of the process, and I hope to present the act by February in parliament”, said the Minister who assumed office in November last year.

Though the Sports Law has been criticised much in recent times, it is unlikely to undergo major changes in the new proposals according to the man who chaired the committee for change.

“There are no radical changes. We have gone through the laws and issues at length and have considered the opinion of various people connected with sports before drafting our proposals”, said Dr. Maiya Gunasekera who is the Chairman of the National Sports Council (NSC) which wrote the new set of Policy and Regulations and handed over their final document to the Minister last week.

The Minister said that prominent among new proposals would be to extend the term of office bearers of National Sports Associations (NSA) to two years from the one year which is presently allowed.

It will result in Association elections biennially replacing the annual elections which are presently in force.

In another proposal at least fifty percent of officials of any Association should have played that particular sport at the highest level to hold office.

“In a recent meeting of a prominent Association, I found out that none of the top five officials have done that sport even in the backyard of their homes. So how could they understand the needs of the sportsmen? I decided this has to change”, said Aluthgamage

However the Minister said it is unlikely that changes would be effected to some of the most controversial and debated clauses of the present law that allows political interference and manipulation by powerful elements.

“I will not change the Sports Minister’s power to allow anyone who has not got the qualifications to hold office in NSA’s”, the Minister said while explaining that some sports bodies go through difficult financial situations which can be overcome by a minister heading such bodies.

The Minister also has the power to dissolve NSAs and appoint interim committees and that regulation is also unlikely to change.

The Minister has called for a two-day seminar in Colombo on January 13 and 14 inviting all top officials of NSAs to discuss the new Policy and Regulations and after considering their views the final draft will be presented to Parliament next month.

Dr. Gunasekara said that the NSC met every fortnight for the past three and a half months to adopt the most suitable changes into the proposals.

Respected sports analyst C. Vijitha Fernando however sees the changes as “playing to the gallery”.

“There’s actually nothing to change. The law is okay. If they look for real development of sports they should cancel all the amendments effected to the law with some ulterior motives. “The amendment to allow coaches to hold office in NSAs is one such example. The amendment to allow National Olympic Committee officials to hold office forever without elections is another one. “It is the officials who perverse the law that should be changed, not the law”, said Fernando.