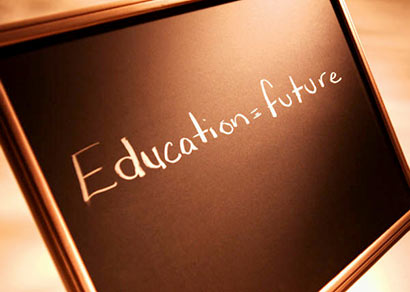 Education authorities may like to when handing over appointment letters to teachers also give them a copy of the Sri Lanka Penal Code (Amended) wherein Section 308a states that cruelty against children causing hurt, grievous or simple as well as torture is a criminal offence. The Education Department has via circular ED/01/12/01/04/24 issued on 11 May 2005 to all schools  regulated corporal punishment and assault of school children. But why are unimaginable tortures continuing to take place despite a circular in force? At the other spectrum is the rising number of misbehavior amongst children which both education authorities and parents need to address simultaneously.

Some time back on the subject of education an article was written that anyone cannot become a teacher and simply to satisfy electoral politics handing teaching jobs to one’s vote base is one of the main reasons for both teacher and student dissatisfied with each other.

Being a teacher is just not a job. It is not even a profession. A teacher is made up of qualities that are hard to define in a job description because each teacher has his/her own qualities that draw students to them and it is the love for teaching a particular subject that creates interest in both teacher and child.

Nowadays, with graduates being handed letters as teachers the frustration in not being able to teach the subject one is given has to be one of the prime reasons for the student to hate going to school or studying the subject and for the teacher’s frustration in not knowing how to turn a poor performing class into students interested in her subject. The scenario becomes worse when teachers are driven by the after-the bell compulsion to run home and start their tuition class making any to wonder how they can teach at tuition what they cant teach during the class!

Returning to the question of the increase in violent behaviors of both child and teacher seen in numerous examples shown over media is the manner that even children are disrespecting teachers and elders and the overall decline of discipline.

What needs to be said is that it is time for authorities to draw the line on what teachers can do and what teachers cant, what students are permitted to do and what students should not and moreover the need for politicians to keep away from interfering in education or how it is run. A politicians child attending school is not a politician. He should not be treated as such and nor should the politician expect such. However, we know that is hardly the case in the manner how some politician toddlers are accompanied by bodyguards to school carrying their schoolbag!

In the current scenario of things, if a student is punished and suppose that student is coming from a well to do home, influential and rich, the scenario will lead to the parents exerting undue influence and the teacher is at the receiving end totally ignoring why the teacher punished the child. Thereafter, the teacher would fear to punish any other child and that will end up with the entire class doing as they like because they know that the teacher is too scared to punish them as the teacher has been put in her place by a lopsided system that encourages wrong doers purely on the basis of money and power.

Similarly, children’s behavior also finds its roots to parents not having time to spend with their children and using the best source to cover that sin by offering and showering money and other perks to make up for their lack of presence, love and care.

The amount of money in the hands of children nowadays is shocking and it is one of the prime reasons that they end up not valuing the value of money and think that everything can be bought over even people and even teachers. It’s a vicious circle and one that all adults must accept equal guilt especially the nouveau rich parents who seem to think money can buy anything and anyone and they are not too wrong because people have been bought over. But that is no standard operating procedure and the authorities are duty-bound to make that clear.

Going back in time, our grandparents will reveal the scope of punishment and the manner of misbehavior and these were quite juvenile in comparison to the activities that today’s youth get up to. The elders would certainly relate punishments suffered by them, but they would also accept their guilt and agree that a lesson was drawn and no malice was shown towards their teacher. Today’s scenario is far different. Both student and teacher are malicious, full of anger, suffering pent up frustrations etc.

The horror of taking statistics of teenage girls frequenting brothels, rest houses, losing their virginity to men old enough to be their father, taking money for sex, indulging in drugs and narcotics, betting and taking alcohol, taken together does not give us any hope that we are building a generation of good citizens with sound values.

Parents aware that their children are indulging in any or all of the above should feel ashamed that they are encouraging these behaviors for there is nothing to be proud of children gone astray and the parent whose child is an incurable drug addict or suffering later from herpes or other incurable diseases will realize too late that they did not stop what could have been stopped.

We do not need statistics to relate the appalling situation that prevails during nightlife in Colombo where the Colombo elite are clients and rural Sri Lankan youth for employment are also drawn in to meet the satisfaction of those paying.

There are however many other children who come from stable homes, where love, care, discipline, respect and friendship take upper place and it is these children who eventually succeed in life and become good citizens.

What the education authorities need to realize is that no parent sends his daughter or son to school to have their hair cut, to become deaf because of a beating, to have one’s backbone broken or suffer health complications and mental trauma. In the same way, no teacher should be humiliated for pulling up a child for wrong doing by parents and suffer humiliation as we have seen on numerous occasions wherein provincial MPs think that their position is big enough to demand that a teacher kneel down and apologize and thereafter use other arm twisting tactics. A similar event has been repeated again which goes to show that the lack of due punishment is what has set in motion a trend that is not likely to get any better.

There is no point in having any Ministry or any law if punishments are to be divided into privileged people get off scot free and the less privileged are those that are punished. We cannot have inequality of law and selective dishing out of law and order. It is the perceptions that there is a rule for the rich and a rule for the poor that has set about clashes at different levels and has kickstarted complexes within people. Even the rich especially the nouveau rich suffer complexes and that is why money has become the easy camouflage.

We need to realize that the scale of punishments we are reading about though may not be as rampant as the mischief making media have us believe but to read the type of scenes that take place is not good news and it is nothing we can be proud of or should be proud of.

We know what the problems are. A good look back at all the crimes and a study for the reasons is something perhaps the university undergraduates can take up as a research study and then derive how best to solve the problem.

If we know what the problem is and we can find out the root cause it should be easy to address it because there is an urgent need to address these issues. Individually parents may try to hide the wrongs of their child but when we have a scenario of abusive teachers and abused school children, abused teacher and misbehaving children, selective punitive actions by authorities, lethargy in implementing laws equally, we know there is a big enough problem that needs to be addressed instead of brushing it under the carpet.

The children are our future, education is Sri Lanka’s foundation and if we neglect to put in order the two Sri Lanka is not going to reach any miracle destination purely by economic development alone. We need brains and to nurture brains we need to have a proper system that is not corrupt and is running to a proper program that is aligned to the culture and values of Sri Lanka and not imitating other cultures or values.