Arrests should be made in strict compliance of law, President tells acting IGP 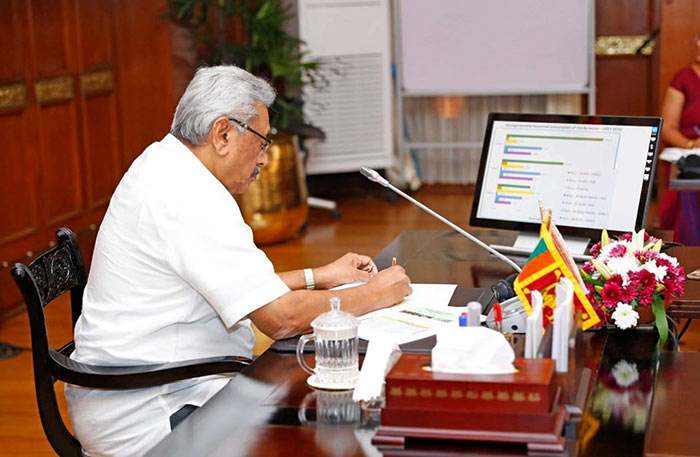 Arrests result in serious deprivation of citizens’ liberties and have other significant implications such as the loss of reputation and their standing in society, and, therefore, a person should be arrested only when absolutely necessary and upon a decision taken with utmost care and in strict compliance of the law, President Gotabaya Rajapaksa has told Acting Inspector General of Police Senior DIG C. D. Wickramaratne.

President has directed the police to ensure that arrests are made entirely on the basis of professional judgment to be exercised by officers in charge of discharging the said duty independently and without fear or favour.

Due respect should be given by officers discharging such duties to the Members of Parliament as representatives of the people and professionals such as doctors.

The Police have been further directed by the President to apply same equally to all citizens of Sri Lanka.

The President has directed the Police to duly and properly discharge the duties with utmost diligence and upon the Attorney General’s advice when required.

2 Responses to Arrests should be made in strict compliance of law, President tells acting IGP

Home » Arrests should be made in strict compliance of law, President tells acting IGP