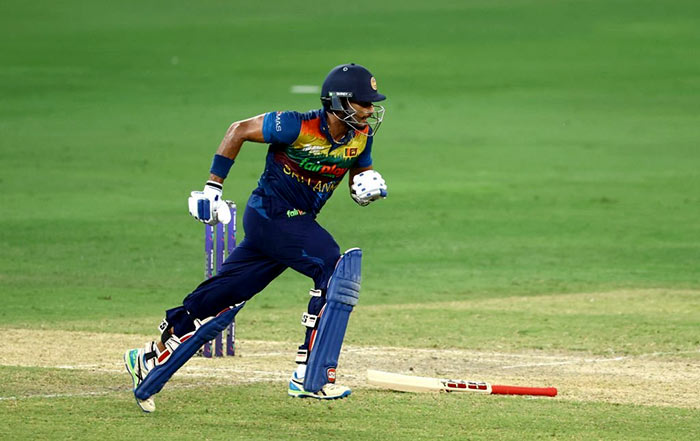 Dasun Shanaka of Sri Lanka loose his bat as he takes a run during the DP World Asia Cup match between India and Sri Lanka on September 06, 2022 in Dubai, United Arab Emirates. (Photo by Francois Nel / Getty Images)

The Sri Lankan Cricket team won the match played against the Indian team by 6 wickets in the Super Four round of the Asia Cup 2022 today (September 06).

Sri Lanka won the toss and gave the opportunity to the Indian team to bat first.

Accordingly, the Indian team managed to score 173 runs after losing 8 wickets at the end of the 20 overs.

Accordingly, the Sri Lankan team entered the field to chase the target of 174 runs and recorded the victory in 19 overs and 5 balls by losing 4 wickets.