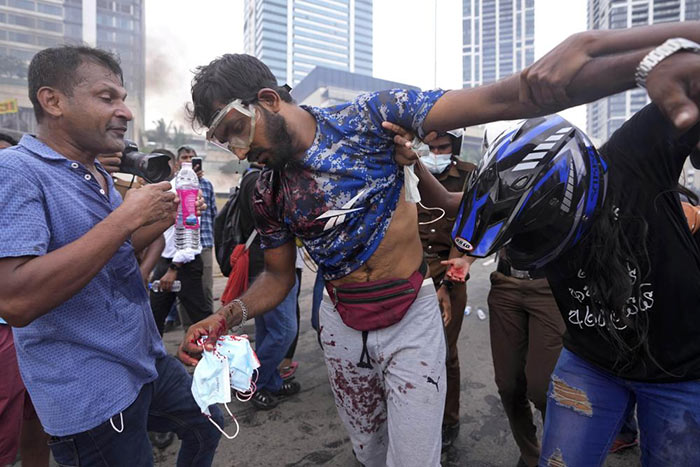 Sri Lanka’s Attorney General has directed the Inspector General of Police, and the Senior DIG in charge of the Criminal Investigations Department to arrest and produce in court 22 people including Ex-Ministers, and Members of Parliament who are linked to the attack on peaceful protesters & protest sites near Temple Trees (MynaGogama) and Galle Face (GotaGoGama) on May 09 & peaceful protest sites.

The suspects mentioned in the letter are:

The Attorney General’s Department has further instructed the CID that it is crucial to record the statements of those against whom foreign travel bans have already been obtained.