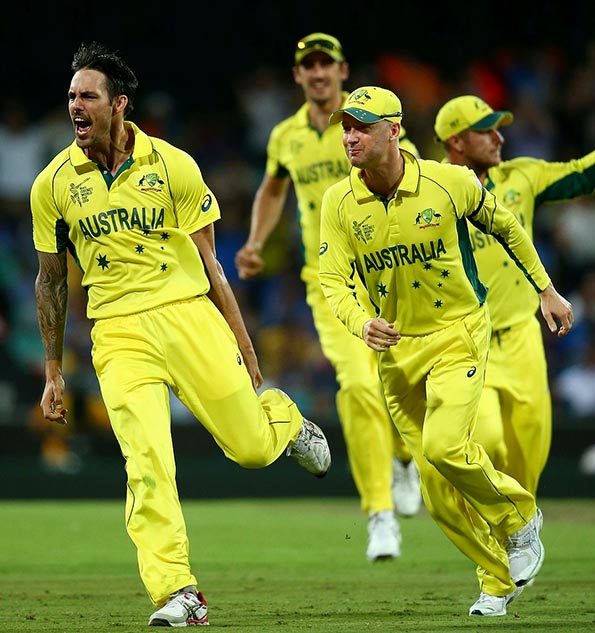 Australia’s pace bowlers have finished the job Steve Smith started to send the co-host storming into a seventh World Cup final with a 95-run victory over champion India at the SCG.

Australia moves on to the Melbourne Cricket Ground and a shot at a fifth title against New Zealand on Sunday, while India heads home after four months Down Under having come up short in its bid to retain the title it won four years ago.
Smith’s 105 helped Australia to a total of 7 for 328, the highest in a World Cup semi-final, and although skipper Mahendra Singh Dhoni hit a defiant 65 in what might be his final one-day innings, India was dismissed for 233 in the 47th over.
India might have fancied its chances of chasing the target down after making a solid start on a good pitch in perfect weather conditions and backed by the majority of a noisy crowd of 42,330 in Sydney.

Mitchell Johnson and Josh Hazlewood had other ideas, however, and they tore the heart out of India’s top order by sending Shikhar Dhawan (45), Virat Kohli (1) and Rohit Sharma (34) back inside six overs.

When James Faulkner, who had been hammered for 23 runs by Dhawan in his first two overs, got into the act by dismissing Suresh Raina (7), India had lost four of its most coveted wickets for the addition of just 32 runs to fall to 4 for 108.

Johnson’s bowling was as potent as it has been all tournament and the delivery that clean bowled Rohit a ball after the opener had the temerity to hit him for six sent one bail flying six metres behind the stumps. 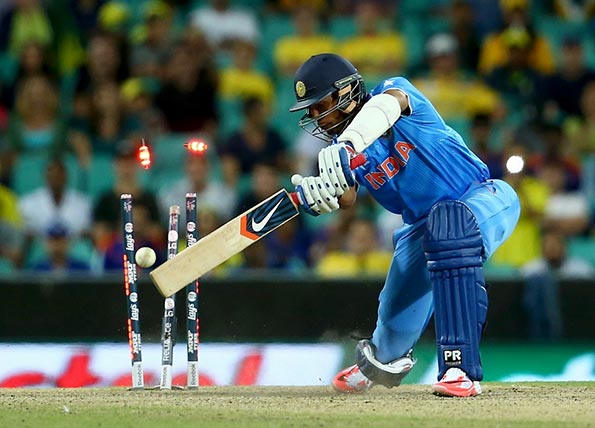