Australia’s Whatmore to take over as Pakistan coach 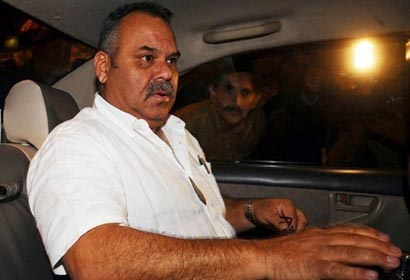 Former Australian batsman Dav Whatmore, who guided Sri Lanka to World Cup glory, arrived in Pakistan to sign a contract as the new coach of the national team, an official said Friday.

The 57-year-old Whatmore, who played seven Tests and one limited overs international for Australia, coached Sri Lanka to the World Cup title in 1996 and also helped Bangladesh reach the second round in the 2007 World Cup in the Caribbean.

Whatmore was chosen by a three-member coaching committee of the Pakistan Cricket Board (PCB) after regular coach Waqar Younis left the post citing health issues in September last year.

Former Pakistan opener Mohsin Khan was appointed interim coach under whom Pakistan beat Sri Lanka and Bangladesh and whitewashed England 3-0 in Tests before they went down tamely 4-0 in one-day series and 2-1 in the Twenty20 internationals last month.

The head of the coaching committee Intikhab Alam confirmed Whatmore will sign a contract.

“Whatmore and Julien Fountain (likely to take over as fielding coach) have arrived here and Whatmore will sign a contract as head coach of the Pakistan team,” Alam told AFP, refusing to give further details of the contract.

Whatmore’s first assignment will be to help the team in the four-nation Asia Cup in Dhaka, Bangladesh. Defending champions India, Sri Lanka and Bangladesh will also compete in the March 11-22 event.

Chief selector Iqbal Qasim said the squad for the Asia Cup will be announced on Saturday after consultation with Whatmore.

“We will consult with (new coach) Whatmore on the team and then announce the squad on Saturday,” Qasim told reporters.

The PCB will also officially announce Whatmore’s appointment on Saturday.

Whatmore will be Pakistan’s fourth foreign coach after Richard Pybus (South Africa), Bob Woolmer (England and South Africa) and Geoff Lawson served in the past.

Home » Australia’s Whatmore to take over as Pakistan coach