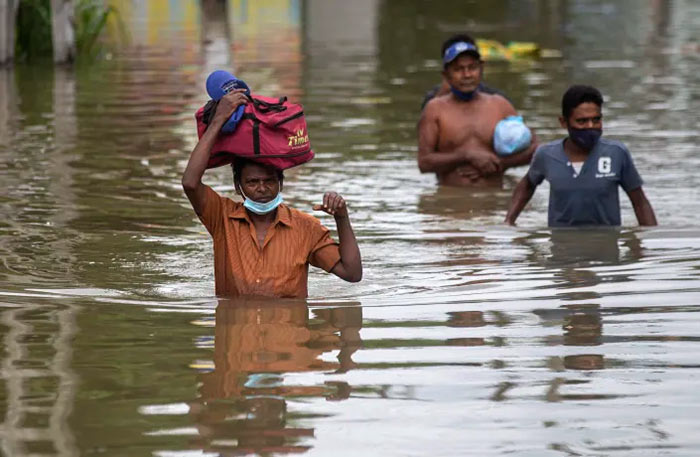 17 persons are now known to have died due to weather related incidents during the past few days in the country.

According to the latest situation report released by the Disaster Management Centre, five others have sustained injuries while two individuals remain missing.

A total of 271,110 persons from 67,613 families in 10 districts have been affected by the prevailing inclement weather.

Gampaha remains the worst-hit district with 161,383 persons affected by the inclement weather.

Accordingly, 26,806 persons have been relocated to 106 temporary shelters.

The DMC added 17 houses have been destroyed while 978 others have been damaged due to recent heavy rains, gusty winds and landslides.

Meanwhile, the landslide warnings issued by the National Building Research Organisation to nine districts have been extended till 4.30pm.