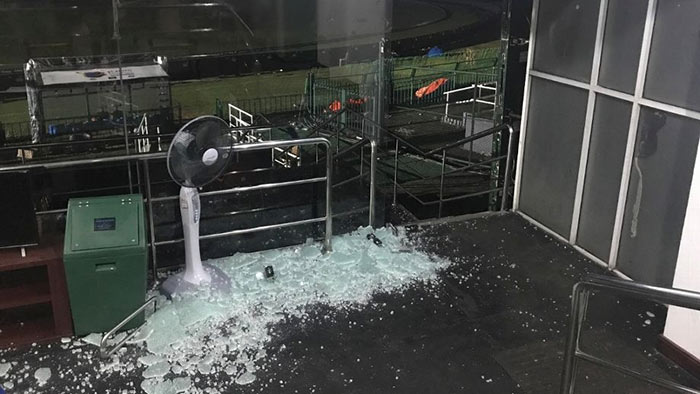 Aggressive bodily contact, shoving, agitated yelling, pointed fingers and a shattered dressing room door, all marred the finish and the immediate aftermath of the Nidahas Trophy match between Sri Lanka and Bangladesh.

The shattered door was likely the doing of somebody inside the Bangladesh dressing room. An outward-facing camera caught a number of Bangladesh players racing down the steps in front of their dressing room as bits of glass were strewn on the stairs, the door probably having been shattered in those moments. Match Referee Chris Broad has seen the footage and spoken to some of the catering staff who have named the player they believe to be responsible, but Broad had suggested that those statements could not necessarily be taken as fact for the purposes of his work, and has asked for footage from the outside looking in. Bangladesh’s team management is understood to have offered to pay for the damage.

The shoving – or one instance of it, at least – was by a Sri Lanka player on a Bangladesh substitute. The substitute had been on the field to deliver drinks immediately after the umpires had refused to award a no-ball when Isuru Udana delivered a second short-pitched delivery in the over. While batsman Mahmudullah was making an agitated case to the umpires, the substitute had become involved in a tense exchange with Sri Lanka players elsewhere on the field. He was pushed – not particularly hard, but not lightly either – as a group of Sri Lanka fielders followed him closely towards the boundary.

The shove, as well as the umpire’s refusal to award a no-ball, then tipped Bangladesh captain Shakib Al Hasan into a fury. Shakib, along with several team-mates, immediately rushed to the edge of the boundary, where he entered into a heated exchange with reserve umpire Lyndon Hannibal. He then beckoned Mahmudullah and Rubel Hossain off the field, only the batsmen appeared very reluctant to follow those instructions, and ambled half-heartedly towards the boundary as many of the Sri Lanka fielders took their places. Eventually, Shakib relented and play was allowed to resume after the fracas had eaten up several minutes.

After the winning runs were hit, the Bangladesh team charged the field, to enter into euphoric celebrations, but more vitriol was exchanged as the teams were walking out. This time it was Kusal Mendis – generally a composed and easy-going player – that was furiously pointing and yelling at someone in the Bangladesh group. Some senior Bangladesh players and interim coach Courtney Walsh were seen trying to calm tensions. Tamim Iqbal was gently restraining Mendis, and later put a friendly arm around his shoulder as the two exited the field. Mahmudullah was also seen taking an agitated Nurul Hasan – a substitute player – away from the crowd, to lecture him.

After the match both sides were keen to play down the incident, but Shakib did confirm that it was the missed no-ball call that triggered Bangladesh’s indignation. He believed that one of the on-field umpires had initially called a no-ball when Udana delivered the second bouncer of the over, but had then reversed his decision. Throughout the tournament, all umpires have been Sri Lankans.

“I don’t want to talk about it, but what happened was that the square-leg umpire called a no-ball and after a discussion they cancelled it,” Shakib said. “I didn’t think it was the right decision. I don’t know what happened after the first ball, which was a bouncer. But after the second ball, the umpire called a no-ball. We are all human, we should take it in the chin and move forward.

There was also an admission that perhaps players, including himself, had allowed their emotions to get the better of them at the game’s denouement. “Many things happened that shouldn’t have happened. I need to remain calm. I was overjoyed. Excitement was there. I must know how to react next time. I will be careful.

“What happens in the field should never spill over off the field. To be honest, we are all good friends. We see each other in the Bangladesh Premier League and Dhaka Premier League. The two boards have great relations. We help each other a lot. Just like I would want my team to win at all cost, they would have the same feeling. I am sure that both teams will never let it go off the field.”

The ICC is yet to officially comment on the incidents, but is expected to do so on Saturday. The Nidahas Trophy final will be contested by Bangladesh and India on Sunday. 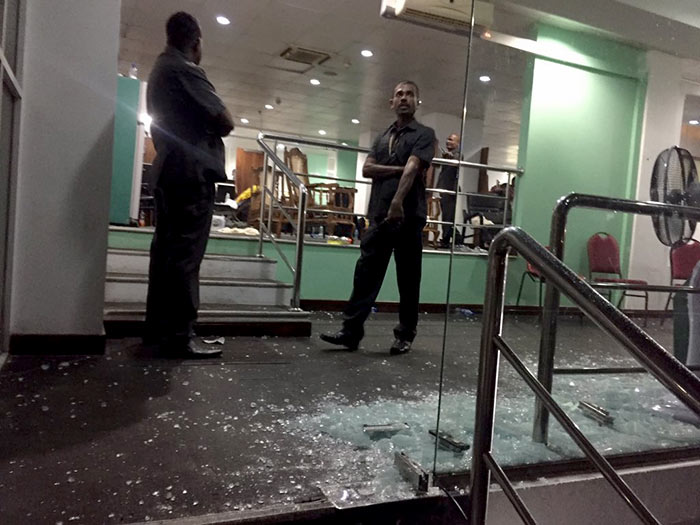 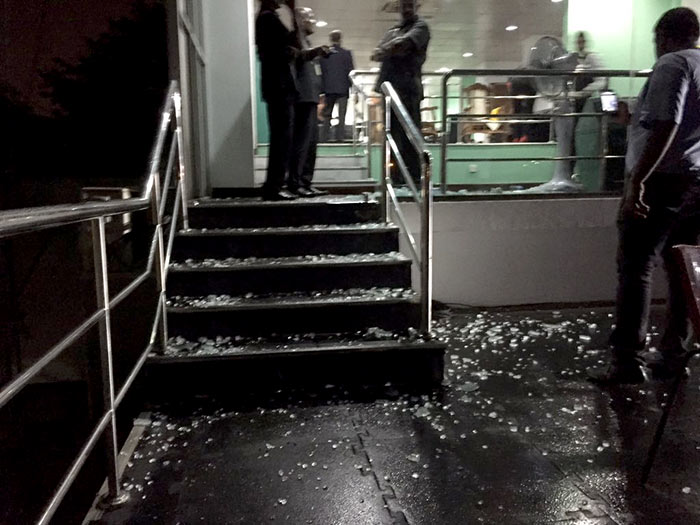