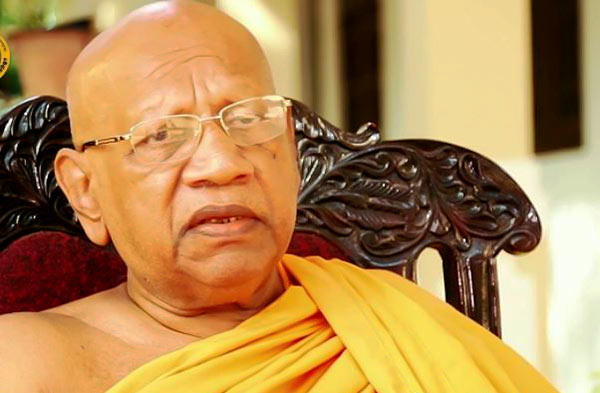 Professor Venerable Dr Bellanwila Wimalaratana Nayake Thero, Chancellor of the Sri Jayawardanepura University passed awaya short while ago (3), at a Private Hospital in Colombo, following an accident while he was preparing to feed a tusker within the premises of the Bellanwila Rajamaha Viharaya.

The Buddhist monk sustained injuries to his ribs following the injury.

The Chief Incumbent of the Bellanwila Rajamaha Viharaya was admitted to the Kalubowila Teaching Hospital and was later transferred to a Private Hospital in Colombo for further treatments.

According to reports, the Thera had taken a fall and was injured while attempting to feed the tusker ‘Miyan Kumara’ at the temple premises this morning, a ritual which he is said carry out almost every morning.