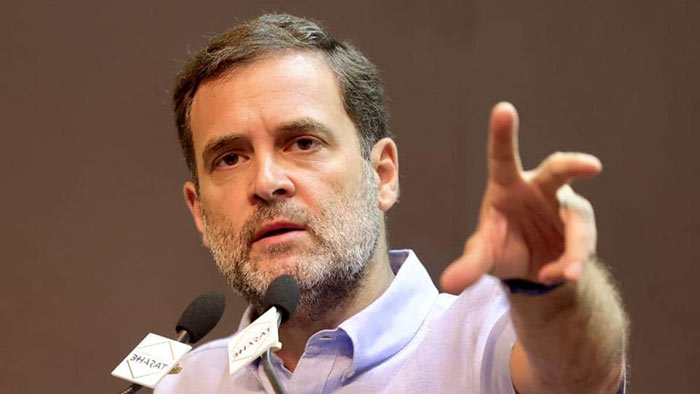 Indian National Congress leader Rahul Gandhi on Sunday hit out at the Modi government over its alleged interference in a Sri Lanka Power Project.

Along with his tweet, he shared a report where Sri Lanka’s Electricity chief had alleged that President Gotabaya Rajapaksa told him that Prime Minister Narendra Modi insisted that the Wind Power Project be awarded to Gautam Adani’s group.

Ceylon Electricity Board chairman MMC Ferdinando made the allegations on Friday before the Committee on Public Enterprises (COPE) but soon withdrew them saying he had been “emotional”.

His allegations even forced President Rajapaksa to issue a statement on the matter.

The Sri Lankan President tweeted, “Re[garding] a statement made by the #lka CEB Chairman at a COPE committee hearing regarding the award of a Wind Power Project in Mannar, I categorically deny authorisation to award this project to any specific person or entity. I trust responsible communication in this regard will follow.”

The controversy comes days after the Sri Lankan government amended its electricity law where it eliminated competitive bidding for energy projects.

Criticising the move in a parliamentary debate, Opposition lawmaker Nalin Bandara had raised concerns that competitive bidding was being done away with “to make way” for projects like the Adani Group.