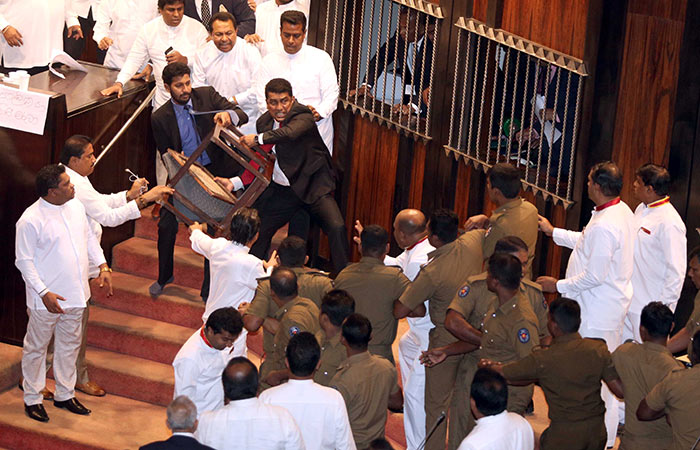 The vote went ahead anyway and for a second time lawmakers gave Rajapaksa and his new government the thumbs down, potentially strengthening the hand of Wickremesinghe, who is seeking to return as prime minister.

Rajapaksa is seen as a close ally of China, though Beijing has denied accusations that it was instrumental in getting him appointed.

Wickremesinghe said “anarchy” could result if the president did not recognize the second non-confidence vote. He was speaking to foreign correspondents at the prime minister’s official residence, which he has refused to vacate.

“We have the majority,” he earlier told reporters. “We can form our government and we will act accordingly.”

With parliament scheduled to reconvene on Monday, Sirisena appears faced with the choice of either reappointing Wickremesinghe, whom he has said he will not bring back, or allowing the crisis to fester.

“We shall continue to agitate till an early election is called. We are thrown into anarchy,” Rajapaksa loyalist Keheliya Rambukwella said, accusing Speaker Karu Jayasuriya of being biased and acting on behalf of Western nations.

Sirisena dissolved parliament last week and called elections, but the Supreme Court ordered a suspension of that decree on Tuesday until it had heard petitions challenging the move as unconstitutional.

Earlier on Friday, Rajapaksa supporters poured on to the floor of parliament, surrounding the speaker’s chair, and demanded the arrest of two lawmakers from Wickremesinghe’s party for allegedly bringing knives into the house on Thursday.

A member of parliament from Rajapaksa’s Sri Lanka Podujana Peremuna party sat on Jayasuriya’s chair surrounded by more than 20 lawmakers, delaying the start of proceedings. Rajapaksa loyalists then tried to prevent Jayasuriya from sitting on a second chair brought in by police.

One MP then pulled out the cushion of the second chair and hurled both towards policeman guarding the speaker.

When Jayasuriya eventually started calling out names while standing – under a heavy police presence for the first time in parliamentary history – to know whom MPs supported, Rajapaksa supporters bombarded him with books, chili paste and water bottles.

The speaker’s office informed Sirisena in a letter that 122 MPs of the 225 lawmakers signed the no-confidence motion, the same margin as in Wednesday’s first vote.

Sirisena had called for the second vote after rejecting the first.

Sources close to the leadership have said Sirisena’s decision to sack Wickremesinghe came after the prime minister’s party rejected the president’s request to back him for second five-year term in 2020. They also split over whether to back Chinese or Indian investors in various projects, the sources said.

India and Western countries have requested Sirisena act in line with the constitution while raising concerns over Rajapaksa’s close ties with China. Beijing loaned Sri Lanka billions of dollars for infrastructure projects when Rajapaksa was president between 2005-2015.

Tourism accounts for nearly 5 percent of the economy and is a key main foreign exchange earner, along with the garment and tea industries, and remittances from Sri Lankans working abroad. 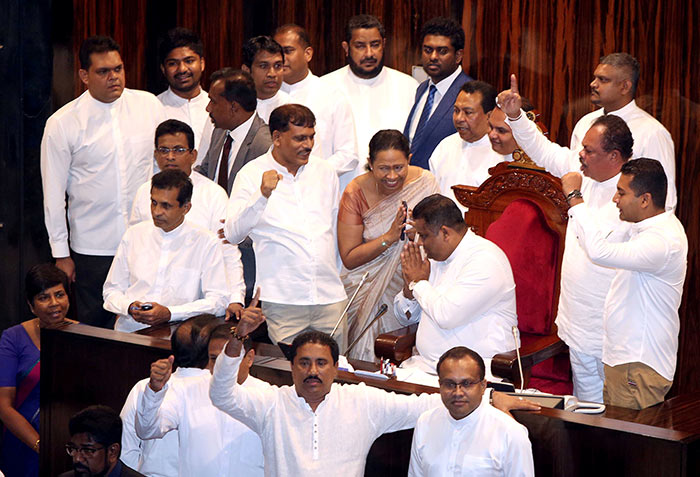 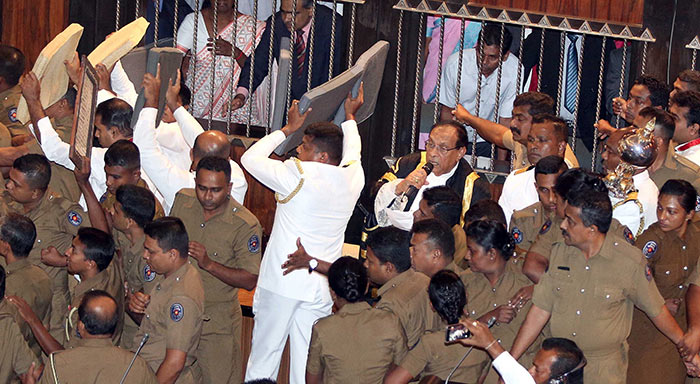 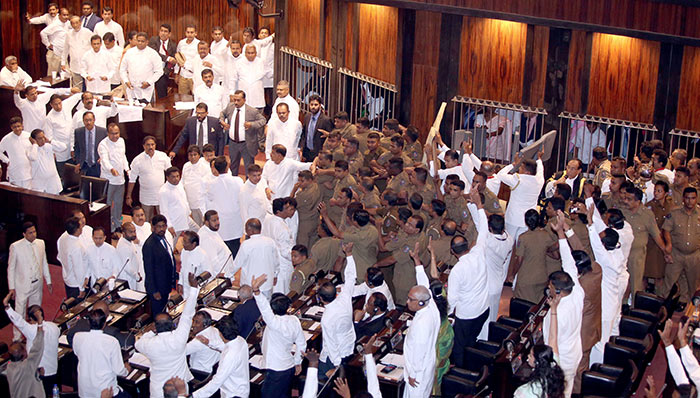