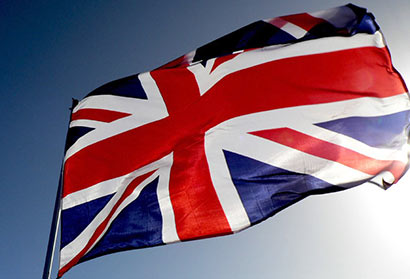 Simply because Britain claims that colonial crimes happened centuries ago and have made sure that they omitted these from being covered when they drafted international laws and legal systems the crimes the Christian Western nations committed cannot be kept hidden any longer. Simply because the UK joins US and the EU to create a bloc of nations with groups of other nations threatened to join or risk aid being cut off, enabling them to ensure UNHRC Resolutions get passed with a majority, silencing these victim nations should the Rest of the World sit silent and watch injustices prevail? For too long Britain’s crimes covering colonial rule has escaped the radar primarily because white justice rules, whites created and control international laws invariably omitting white colonial Christian crimes from ever being taken to the dock. The rest of the world can continue to suffer under this pathetic injustice or say no more and demand that if any crimes should be investigated it must start with the worst perpetrators and look at situations from the kaleidoscope of what and which nations brought them to the level they stand today and in doing so the crimes all lead back to Great Britain and the other European nations that invaded, occupied and Christianized the nations that we are told are today’s Third World which were far more civilized (in human terms) than the Europeans that descended upon them. The moral audit against Britain must begin now.

“We are not a young people with innocent record and a scanty inheritance.

We have engrossed to ourselves – an altogether disproportionate share of wealth and traffic of the world.

We have got all we want in territory, and our claim to be left in the unmolested enjoyment of vast and splendid possessions, mainly acquired by violence, largely maintained by force, often seem less reasonable to others than to us” –

So said Winston Churchill denoting the mindset of all imperialists.

Ever since the British took to the seas with the East India Company on 31 December 1600 they followed 3 simple rules – Conquer Commerce and Christianize nations and natives. They arrived in Surat in 1608. On April 23, 1757 the Board of Directors of the Company approved Coup d’état as its policy in Bengal.

By 1922 the British controlled 458million non-British that is one-fifth of the world’s population at the time. In terms of land mass the British controlled 33,700,000 km2 (13,012,000 sq mi), in other words ¼ of the Earths total land area. The control over natives was such that the British enforced their legal system, their language, their culture totally denying the natives what was inherently their own. A nation that took away the culture, native legal systems and language of 458million people today speaks of respecting language and cultures!

In 1700 the population of India was 165million. It was the world’s largest economy. Together with China, India produced over 50% of the global economic output. Britain during the same period had just 8.6million population and its world output was a paltry 3%. That situation changed with colonization and the Industrial Revolution and by 1870, 150 years later the average Britain was 6 times richer than the average Indian or the average Chinese.

Centuries on without a semblance of regret or empathy towards the people whose pride had been forcibly robbed by the British the least that Britain and fellow colonialists can do is to offer a public apology, reparations and compensate for the mass murder, war crimes, religious and ethnic cleansing, theft of Sri Lanka’s cultural artifacts, forcible conversions, destruction and plunder of Buddhist and Hindu temples in Sri Lanka.

The below is just a handful of examples and does not cover the extent of atrocities committed by the British but should give a fair idea of how far white rule prevailed to deny the black, brown and yellow men, women and children their rights and their land.

Thus for almost 200 years, wealth from India was systematically transferred to Britain. British Banks used Indian capital to fund industry in the US, Germany and elsewhere in Europe. Industrial revolution and modern capitalism in the west were based on the colonization of India. Britain and the West are rich today after pauperizing India and other colonies.

Churchill’s crimes: He was awarded the Nobel Prize for Literature in 1953 ignoring the crimes he committed a shining example of how white atrocities have gotten away from criminal justice.

We continue to wonder why India has forgotten and forgive Britain for these crimes that took place from 1757 to 1947 and attributed to 1.8billion deaths.

Scores of books have been written about what the British did to the 458million natives Britain controlled. The “The Blood Never Dried” is a people’s history of the British Empire that covers the systematic litany of crimes, murders and exploitations under the banner of the Union Jack and completely demolishes the hero in Churchill portraying him as any other racist. No world leader can be termed hero if he advocated gassing recalcitrant tribes in Iraq or shows scant concern for the billions who were led to die in the Bengal Famine of India.

That the British knew they were committing grave war crimes is evident in the manner successive British Governments with the knowledge of the Queen have kept hidden archival evidence of these crimes. Some of the crimes have been so incriminating that they have been burned and destroyed whilst the rest have been kept in secret locations. The Foreign and Commonwealth Office went to the extent of even lying saying that records did not even exist.

Gordon Brown once said that ‘the days of Britain having to apologize for its colonial history are over’ – Britain cannot walk away from its crimes.

Restitution is what Sri Lanka and other former colonies must now demand and forgiveness is very much in line with the reconciliation terminology presently used upon Sri Lanka. It therefore requires Britain, Portugal and the Dutch to atone for their sins. Moreover, the present day British, the Portuguese and even the Dutch are not aware still of what their forefathers and their Governments did to the 458million people by invading and occupying their countries. It is upto the former colonies to tabulate these crimes and have them available in the museums in both graphic and record format. When the Israeli’s continue to seek compensation for the holocaust the former colonies must now bring up the crimes of the former colonies. The chorus for compensation and apology must come from all former colonies and be loud enough that even Britain cannot ignore such calls.

If international conventions and human rights statutes recognize without qualification that a victim is entitled to a remedy, reparation for harm inflicted is a well-established principle of international law. Such a right is now recognized in regional human rights instruments and in the jurisprudence of regional human rights courts. Since the Nuremberg War Crimes Trials criminal and civil jurisdiction has been expanded to allow payment for victims of the Holocaust. There are also cases against violations committed during colonial and apartheid periods and include case filed by Herero people of Namibia and cases against apartheid in South Africa. In 2001, slavery and colonials figured as an agenda item at the World Conference against Racism, Racial Discrimination, Xenophobia and Related Intolerance. The victims of Mau Mau rebellion in Kenya won a landmark case prompting 14 Caribbean nations to sue Britain, France and Netherlands for colonial crimes. The Prime Minister of Saint Vincent and the Grenadines Ralph Gonsalves even declared at the UN General Assembly that the European nations must pay for their misdeeds and crimes. These are all points that President Rajapakse need to take note with Sri Lanka being a victim of colonial rule and President Rajapakse now the Head of the Commonwealth needs to side with the victims of colonial rule and not the colonial masters.

All the colonial rulers must tender an apology as a first step. They must acknowledge every crime committed that have affected the black, brown and yellow physically, psychologically, politically, culturally and economically.

EU population is just 744million, Canada is 34million, US population is 313.9million but together they use the UN and international laws to reign over 1.1billion Africans, 4.3billion Asians and 599million Latin Americans.