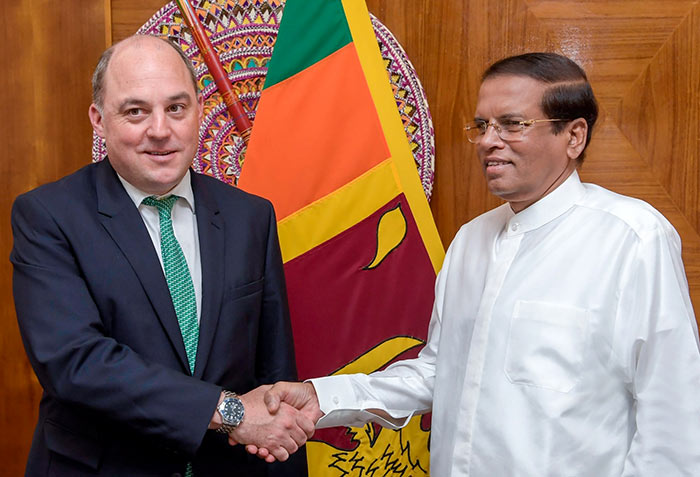 The British Minister of State for Security and Economic Crime, Ben Wallace said that political leadership is extremely important in the fight against terrorism with international connections.

He said this when he called on President Maithripala Sirisena yesterday at the President’s Official Residence in Colombo.

Stating that recent attacks by Islamist terrorist is a part of the international terror campaign of the Islamist State, the British Minister of State emphasized the imperative need for cooperation among the intelligence services all over the world.

President Sirisena thanked Queen Elizabeth, Prime Minister Therese May and the government of United Kingdom for the condolences and support extended at this time of difficulty.

The British Minister, who is an ex-military intelligence officer said that they have set up a Joint Terrorism Analyzing Centre to analyze all the intelligence reports from different investigating agencies to ensure every report is given due attention to avoid security lapses.

The Minister said UK could assist Sri Lanka to set up a similar central body to analyze intelligence reports.