Budget Is Like A Darned Cloak With Patches – Vasudeva Nanayakkara 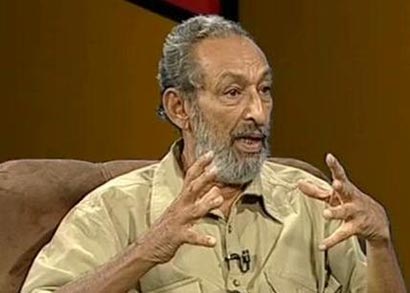 Ratnapura District UPFA parliamentarian Vasudeva Nanayakkara said the government is using every opportunity to target anyone who is against them or supporting the previous regime.

In an interview with The Sunday Leader regarding the budget, he said that at the time of the third reading of the budget, it had been greatly diluted and many proposals had been amended. He added that the government is depending heavily on foreign investment to bring in the funds to the country, but added that privileges for these investors have been given without proper consideration which could have a negative impact on the country in the long run.

Following are excerpts of the interview:

Q: The Government says it is open to deal with allegations raised against the armed forces over various incidents related to the conflict. Will investigating the war puts the army at risk?

A: To do this the government needs to get a 2/3rd majority in parliament, and according to the judicial verdict it will also require a public referendum. Therefore this is not something that can be done based on the whims and fancy of the government.

Q: Field Marshal Sarath Fonseka was denied a visa to the US so will other former top military officers also face harassment over alleged links to human rights abuses?

The government tries to strangle anyone who is against them and this is one such instance that Fonseka had to face. Another is the financial fraud unit which is targeting all those who were loyal to the previous regime or opposed the current regime.

Q: Are you saying that fraud should not be investigated?

A: I am not saying that fraud should not be investigated but it should be investigated properly. They should not target people just because they do not support their agendas. The fact is that some of them could be guilty of certain offences and yes they should be investigated, but this unit should not be used for revenge. In some instances this financial fraud investigation unit is pursuing certain cases which are not in the least justified and I feel that in some instances this unit is exceeding its limits.  Some of these cases come under civil liabilities and these have to be heard in civil courts and these cannot be investigated in criminal courts. Hence I see this financial fraud investigation unit as a tool being used to hunt political opponents of this government.

Q: Do you think that the alleged hounding of war heroes is done to please the western countries?

A: If there are credible allegations then I won’t oppose these being investigated. However we are against the government using the war heroes as sacrifices to fulfill certain political agendas. Instead of using those to fulfill some political vengeance if such investigations are done on a transparent and fair manner then we have no objection to any military person being investigated and punished if found guilty.

However having said that, I must say that there has not been any mass arrests to indicate that the military is being targeted as a whole. Certain military persons are being investigated over specific cases. Hence I think that whatever murders and incidents of disappearances etc that implicates security force personnel, then yes these should be investigated, and these cannot be categorised as targeting the military specifically.

Q: Now that the budget third reading is also complete, what is your overall view of the budget?

Q: This budget had many flaws according to many parties and that was the reason that so many changes had to be made. In your view what was the primary reason for this budget to be so flawed?

A: The main problem that I see with this budget is that it has reduced the buying power of the average man. This is the main issue that I see. In addition, I come from Peliyagoda and according to the information I received from the traders there, they claim that their sales have fallen by around 50%.

The tea and rubber industries too are on the decline and even the gem traders claim that their businesses too are affected. Similarly it’s a kind of domino effect where when the buying power of people falls then the businesses too are affected as their sales drop. On the other hand the prices of goods are increasing due to the rise in the dollar and the devaluation of the rupee. The government should look at this issue carefully and try to mitigate the impact. One way they can do this is by reducing the imports, which in turn will help reduce spending. But on the flip side when the government reduces imports, then they lose out on the taxes. This is a very difficult thing as when you make adjustments on one side there are repercussions on the other side.

What the government intends is to expand the country’s economy through tourism. However in order to attract more foreign investment the government is jeopardising the country’s natural resources. Instead of simply giving the foreign investors the lands on either permanent or 99 year lease, they  should analyse what the initial investment of these businesses are and the number of years it takes to bring in actual profits etc and then determine for how long the lands and resources should be given to them. Then they can be exempted from taxes as well for a limited time period. However by removing the taxes imposed on lands for foreigners, then they come here to buy lands and the people too begin to want to sell their lands to foreigners for higher rates. In time the lands in this country will systematically fall into the hands of the foreigners. This will also have a negative effect on the local businessmen.

Q: These days two of the main topics being discussed is the fertiliser subsidy of the farmers and the coupon system for uniform material. What is your view on this?

Q: There is speculation that certain members of your party are planning on joining the government. Is this true?

A:  The government is trying desperately to get some of the opposition members to cross over to the government, but they have failed. I am not saying that they will not succeed but for the moment they have not succeeded. The government has been trying this for some time now and sometimes depending on what they offer these MP’s and depending on their financial status and their difficulties and requirements, they might be able to entice them, but even if they do succeed I won’t be surprised.

Home » Budget Is Like A Darned Cloak With Patches – Vasudeva Nanayakkara