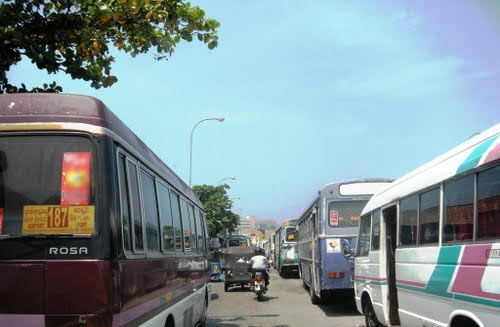 Private bus owners say inter-provincial bus services will commence from Tuesday onwards, if the Ministry of Transport and health authorities grant approval to proposals presented to officials in this regard two weeks prior.

President of the Lanka Private Bus Owners’ Association Gemunu Wijeratne however said no response has been received thus far.

He noted that buses have been moving within districts limits for a week now with the exception of the Colombo and Gampaha districts, however noting inter-provincial services are yet to resume.

Wijeratne said allowing only half the capacity of commuters on buses, charging commuters 1.5 times the value of their fare and only allowing passengers to purchase tickets from one destination to another regardless of whether they end their journey halfway are among said proposals.