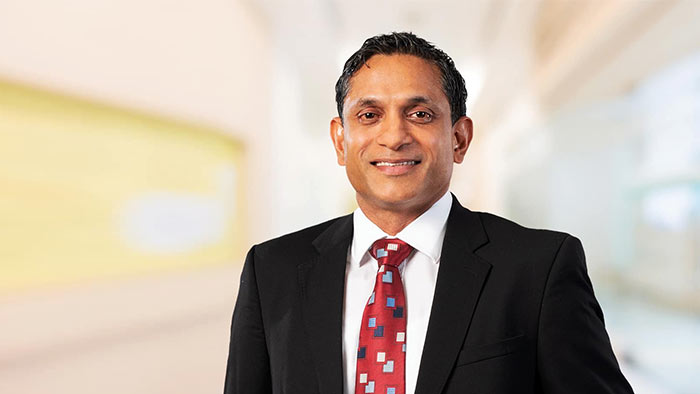 52-year-old businessman Dinesh Schaffter, who was found tied inside a car at the Borella General Cemetery with serious injuries this evening (December 15), has died while receiving treatment at the ICU of National Hospital in Colombo.

Dinesh Schaffter is a director of Janashakthi Group.

Investigations had revealed that the businessman Dinesh Schaffter had left home at Flower Road in Cinnamon Garden on this evening (December 15), informing his wife that he was going to meet an individual who owes him a large sum of money.

He had not responded since this evening and he was found in the Cemetery when his wife located the businessman via GPS.

The Police believe that the victim had been abducted and taken to the Borella General Cemetery.

Police said Dinesh Schaffter had been found in a car tied to the driver’s seat and a wire had been put around his neck.

Police said that he had then been rushed to the National Hospital in Colombo and been admitted to the ICU.

Hospital sources said that the businessman who was critical died after he had gone into cardiac arrest.

The Criminal Investigations Department (CID) is conducting further investigations into the incident, which is suspected to be an attempt to abduct and murder the businessman.

It was reported that the businessman had earlier reportedly lodged three complaints with the CID against a popular cricket commentator for not returning millions of rupees which had been obtained from the businessman.