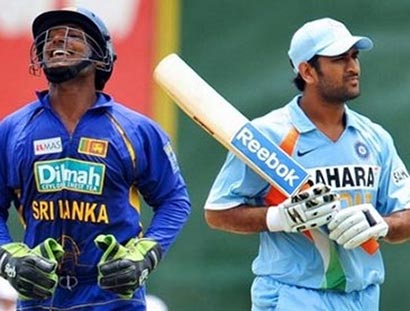 A public interest litigation (PIL) was filed in the Madurai bench of the Madras high court in India seeking a direction to the Union government to cancel all international cricket matches slated to be played between India and Sri Lanka in future, until all disputes are settled in the ethnic crisis between Tamils and Sinhalese, and until total peace prevails in the Bay of Bengal.

S Calvin Christopher, an advocate, filed the PIL seeking a direction to the Bnot to sign any contract for international matches where the Indian team is pitted to play against Sri Lanka.

According to the petitioner, it is a well-known fact that Indian fishermen are continuously attacked and killed by the Lankan navy in the Bay of Bengal due to the ethnic crisis. After the cricket world cup final in April 2011, the Sri Lankan navy personnel attacked the Indian fishermen with cricket bats as a retaliatory measure. Due to this, four Tamil-speaking men were killed.

The petitioner also claimed, “In the recently-concluded triangular series in Australia, the Sri Lankan team was defeated by the Indians. As a result of the victory, Indian fishing boats were destroyed and fishermen were attacked. The killing of Tamil fishermen has gone unabated.”

The petitioner also alleged that the state government granted Rs 3 crore to the victorious Indian team for winning the world cup. Further, an amount of Rs 1 crore was given to Tamil Nadu cricketer R Ashwin, who did not even play the finals, whereas, the families of Tamil fishermen have received approximately Rs 3 lakh or below for each death, which is deplorable.

The life of a Tamil fishermen seems to be cheap, compared to the gallantries of a non-playing cricketer in the eyes of the Tamil Nadu government, he contended.

The petitioner further submitted that all future cricket matches in which India and Sri Lanka are slated to play must be put on hold until an amicable settlement is arrived between both Tamils and Sinhalese.

When the matter came up for hearing before the bench comprising Justice Chitra Venkatarman and Justice R Karuppiah, the petitioner’s counsel, Peter Ramesh Kumar prayed the court to tag along with other PILs seeking various reliefs to prevent the attacks on fishermen. The matter was posted for further hearing on April 2.

The Times of India