CEB Chairman admits he lied, says he got ‘Emotional’ – Withdraws the Controversial Statement made at COPE 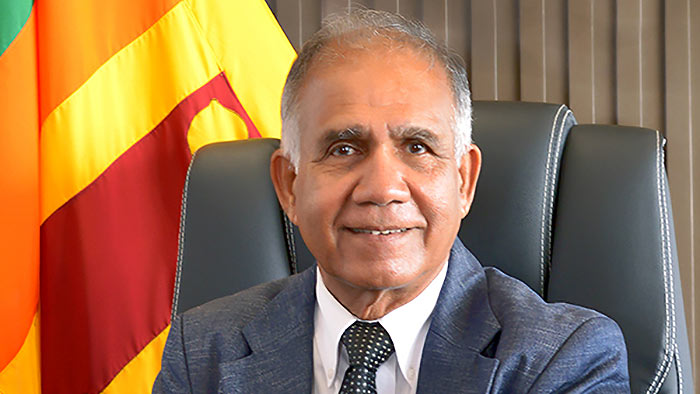 M.M.C. Ferdinando – Chairman of the Ceylon Electricity Board

M.M.C. Ferdinando, the Chairman of the Ceylon Electricity Board (CEB) said that he mistakenly told the Committee on Public Enterprises (COPE) hearing in Parliament of Sri Lanka, that the Sri Lankan President Gotabaya Rajapaksa told him that Indian Prime Minister Narendra Modi insisted that a Wind Power Project be awarded to the India’s Adani Group.

Issuing a statement last night addressed to COPE Chair Dr. Charitha Herath, the CEB chairman says that he was compelled without limitation to express the word ‘Indian Prime Minister’ due to unexpected ‘pressure and emotions’ during the discussion.

“In regard to the clarification made by me at the COPE meeting held on 10 June 2022, in replying to the allegation made against me on the proposed Mannar and Pooneryn wind and solar projects with Adani Green Energy Limited to generate renewable energy of 500 MW, I explained the circumstances behind my letter dated 25 November 2021.”

“During this discussion I became so emotional due to pressures and unreasonable allegations levelled against me to issue this official letter of request. Therefore, due to unexpected pressure and emotions, I was compelled without limitation to express the word ‘India agamathi bala kara bawa kiwwa’ (stressed by the Hon Prime Minister of India), which is totally incorrect. Hence, I wish to withdraw the relevant statement and record my apology unconditionally.”

Meanwhile, Sri Lankan President Gotabaya Rajapaksa yesterday (June 11) categorically denied the statement made by the Chairman of the Ceylon Electricity Board (CEB) with regard to awarding a Wind Power Project in Mannar.

President Gotabaya Rajapaksa categorically stated that he had not at any time given authorisation to award a wind power project in Mannar to any person or any institution.

5 Responses to CEB Chairman admits he lied, says he got ‘Emotional’ – Withdraws the Controversial Statement made at COPE

Home » CEB Chairman admits he lied, says he got ‘Emotional’ – Withdraws the Controversial Statement made at COPE