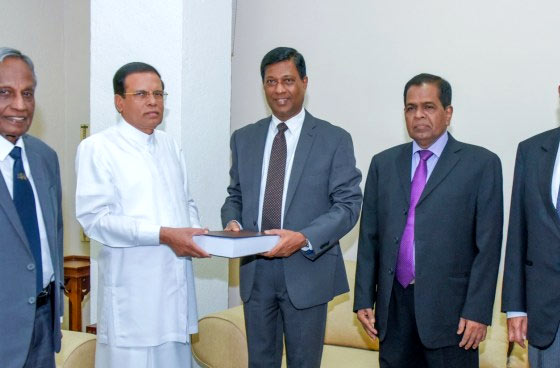 The final report of the Presidential Commission of Inquiry (PCoI) into the Bond Issuance of the Central Bank of Sri Lanka has been handed over to President Maithripala Sirisena today.

“The Report on the Treasury Bond Inquiry by the Presidential Commission of Inquiry was officially handed over to me, a short while ago,” the President tweeted.

Meanwhile, informed sources said that the President was expected to hand over the report to the Attorney General’s Department.