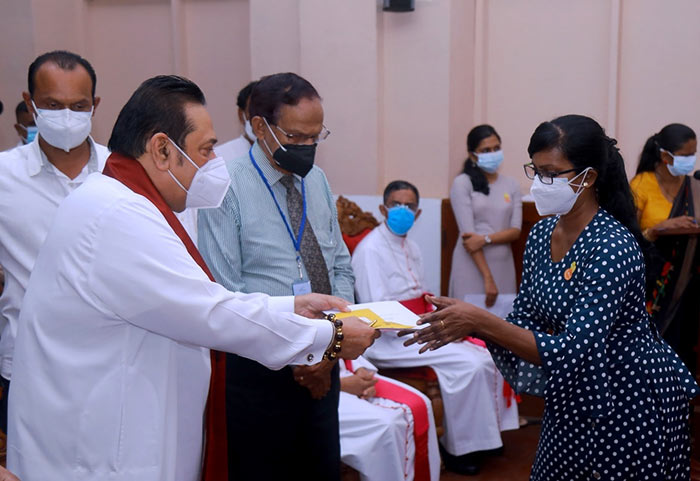 A ceremony was held at the St. Lucia’s Cathedral, Kotahena, yesterday (28) to grant housing units to families of Easter Attack victims under the patronage of Prime Minister Mahinda Rajapaksa.

Prime Minister Mahinda Rajapaksa says that the government will definitely fulfill its duty towards the victims of the Easter Sunday terror attacks.

Rajapaksa said that there may have been certain delays on their part, however assured that they are ready to make that commitment for the people affected by the 2019 suicide bombings.

The Prime Minister handed over the keys and documents to the recipients.