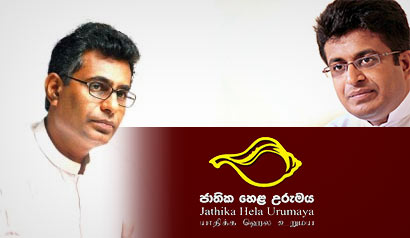 Science and Technology Minister and JHU General Secretary Patali Champika Ranawaka today said he and Western Provincial Council Minister Udaya Gammanpila would resign from their ministerial positions and remain as JHU representatives and not as representatives of the UPFA. They would continue to function as an independent party not bound by the UPFA.

The announcement was made in a special press conference being held in Colombo.