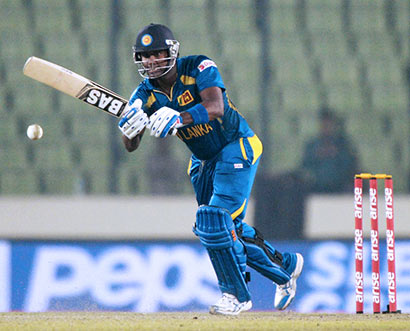 Sri Lankan skipper Angelo Mathews is now the No 1 all-rounder in the International Cricket Council’s (ICC) Rankings for One-Day International (ODI) All-rounders. Despite Sri Lanka losing the ODI series to India 0-5, Mathews was one of the success stories and performed brilliantly with the bat. In the last ODI at Ranchi, he smashed 139 not out and also took two wickets.

According to the latest rankings released by the ICC, Mathews has now finished with 420 rating points. In the process, he displaced Mohammad Hafeez, the Pakistan all-rounder, from the top spot. Hafeez currently has 411 rating points. Bangladesh all-rounder Shakib Al Hasan is on the third spot.

India’s Ravindra Jadeja is on the fourth spot followed by Sri Lanka’s Tillakaratne Dilshan on fifth.