China asked for 15,000 acres of land In Sri Lanka for a million worker SEZ 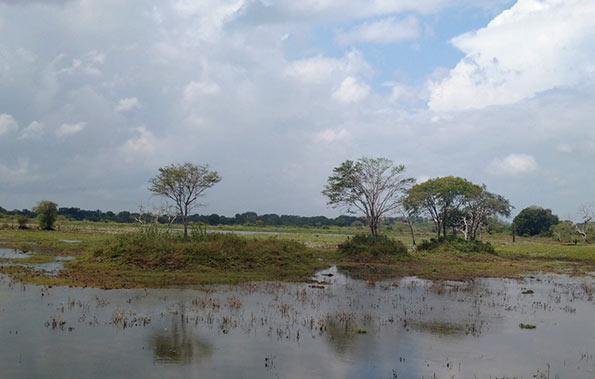 China just requested 15,000 acres of land in southern Sri Lanka for the creation of a special economic zone that will reputedly create one million jobs, according to the country’s Minister of Development Strategies and International Trade.

15,000 acres is roughly 60 square kilometers, which is significantly larger than Hartford, Connecticut or Providence, Rhode Island.

This expanse of land, if granted, will be in the Hambantota region, which has been a punchline of sorts over the past couple of years in Sri Lanka due to its massive and expensive infrastructure projects that have so far failed to come to fruition. This area includes what is probably the world’s emptiest international airport, a massive $1.4 billion deep sea port that is running at under-capacity, a world-class conference center that doesn’t really host many conferences, and a seldom used cricket stadium. These project were almost completely funded with Chinese money, and helped push country $8 billion deep in debt to China.

It was once the dream of Sri Lanka’s former president to turn Hambantota, his extremely rural hometown, into the country’s number two city, and he spared no expense trying to make this happen. When he unexpectedly lost the election in 2015 to Maithripala Sirisena, who ran on a platform which accused the incumbent of being too favorable to China and trashing relations with India and the West, many big Chinese-invested projects were called off. Construction on the Hambantota deep sea port was halted and SriLankan Airline’s hub at Mattala International Airport was liquidated, as Hambantota proverbially ground to a halt.

However, once relations with India and the West were “re-balanced” — which meant that the UN went easy on its war crimes charges,  the EUreinstated GSP-Plus trade concessions, and the United States began delivering aid once again, among other things — China was put back on the front burner and the country’s big developments in Sri Lanka began rolling once again.

Home » China asked for 15,000 acres of land In Sri Lanka for a million worker SEZ