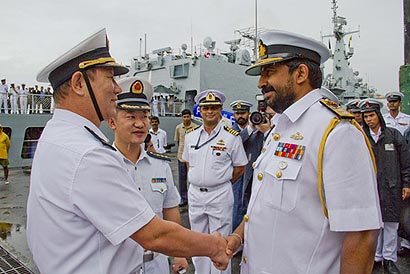 The destroyer Lanzhou, just ending a five-month escort task in the Gulf of Aden and Somali waters, would attend the celebrations for the Sri Lankan navy’s 60th anniversary, which falls on Thursday.

Warships from India, Pakistan and Russia also arrived at the Colombo port Tuesday to attend the anniversary celebrations.

In the following days, various activities will be held to mark the anniversary.

Sri Lanka formed its own navy on Dec. 9, 1950, two years after its independence from Britain.

Its role in defeating the Tamil Tigers’ separatist campaign was crucial. The navy destroyed as many as 10 supply ships of the rebels in the mid seas, cutting off their supply life lines.

In future, the navy is to acquire more fast attack craft as its role shifts to protecting the island’s exclusive economic zone following the end of the conflict with the Tamil Tiger rebels, navy chief Vice Admiral Thisara Samarasinghe said.

“We are acquiring six fast attack craft, four craft have already been delivered and we’re getting the other two in January, ” said Samarasinghe. 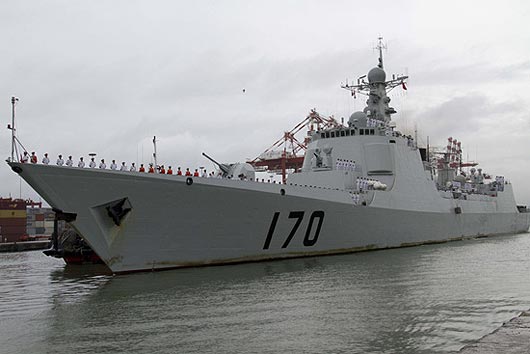