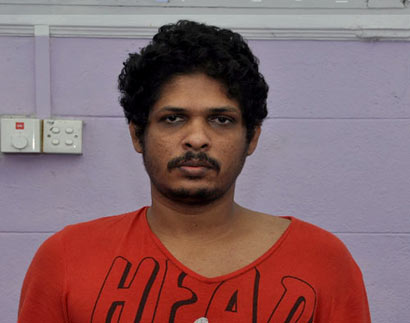 Samantha Kumara, who was arrested in Pakistan and brought to Sri Lanka on January 14, was produced before the court this morning along with his wife and a cousin.

In total 58 charges have been filed against the drug kingpin including for violating the cash disbursements act and with regard to investing money earned from drug trafficking.

Justice Devika Tennakoon granted permission to the CID to detain and interrogate the suspect until March 23.

Meanwhile the CID has decided to seek Interpol assistance to apprehend several foreign nationals who were involved in large scale drug trafficking with Wele Suda.

Red Notice are to be issued for the arrest of a British national and two Pakistani nationals, believed to be Wele Suda’s accomplices.

On Monday (16), the Police Anti Narcotic Bureau detected 26 tractors allegedly used by Wele Suda to smuggle heroin into the country from Pakistan.