‘CJ impeachment to be used to move anti-Lanka resolution’ 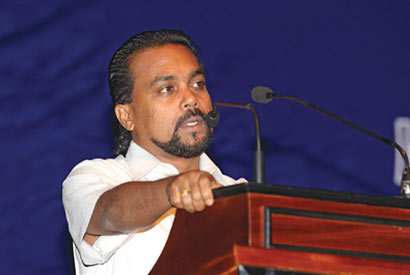 Colombo: A top Sri Lankan minister on Saturday claimed the dispute over the impeachment of the nation’s first woman chief justice is likely to be used to move an adverse resolution against the country at the next UN rights session.

“There will be a resolution at the UN Human Rights Council in March against Sri Lanka. They will say that independence of the judiciary is in the breach,” Housing Minister Wimal Weerawansa told a political gathering here.

“They (international community) will then say that because there in no independence of the judiciary, Sri Lanka is unable on their own to investigate war crimes allegations. Then the UN would start its own investigation against Sri Lanka,” he said, adding the “public must stay awake to defeat these conspiracies”.

Weerawansa is one of the seven government members in a parliamentary panel which investigated the impeachment against Chief Justice Shirani Bandaranayake. Bandaranayake, 54, now awaits removal from the top position.

She called the process unfair and mounted a legal challenge against it. The government denies accusations of political witch hunt as the reason for seeking the ouster of the chief justice.

In March this year, a resolution moved by US and backed by India was adopted against the island nation at the UN rights sessions.

It called for speedier action for reconciliation with the Tamil minority.

Home » ‘CJ impeachment to be used to move anti-Lanka resolution’