Coronavirus: ‘Deadly resurgence’ if curbs lifted too early, WHO warns 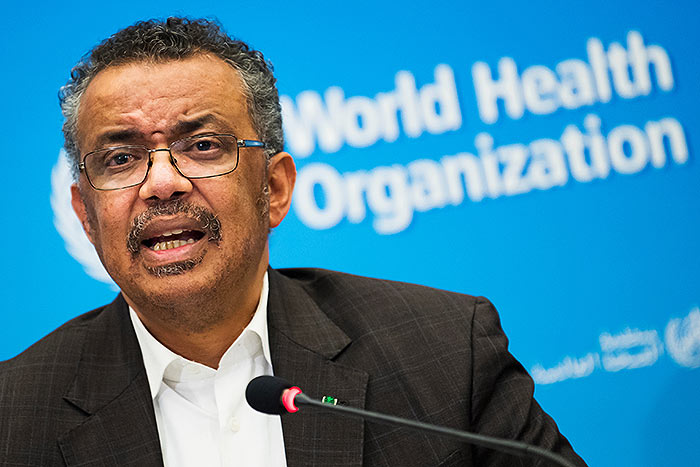 Lifting coronavirus lockdown measures too early could spark a “deadly resurgence” in infections, the World Health Organization chief has warned.

Dr Tedros Adhanom Ghebreyesus said countries should be cautious about easing restrictions, even as some struggle with the economic impact.

Europe’s worst-hit countries, Spain and Italy, are both relaxing some measures, while their lockdowns continue.

Globally there are 1.6 million cases of coronavirus and 101,000 deaths.

Speaking at a virtual news conference in Geneva, Dr Tedros said there had been a “welcome slowing” of the epidemics in some European countries.

He said the WHO was working with governments to form strategies for easing restrictions, but that this should not be done too soon.

“Lifting restrictions too quickly could lead to a deadly resurgence,” he said.

“The way down can be as dangerous as the way up if not managed properly.”

How are Spain and Italy easing curbs?

The government in Spain is preparing to allow some non-essential workers in sectors including construction and factory production to return to their jobs on Monday.

Spain recorded its lowest daily death toll in 17 days on Friday, with 605 people dying. According to the latest figures, Spain has now registered 15,843 deaths related to the virus.

However, the government has urged people to continue to uphold social distancing rules over the Easter long weekend.

In Italy, Prime Minister Giuseppe Conte extended the national lockdown until 3 May, warning that the gains made so far should not be lost.

However, a small proportion of businesses that have been shut since 12 March will be permitted to reopen on Tuesday.

Only grocery stores and pharmacies have been allowed to operate since the lockdown started.

“We seem to be reaching a plateau, albeit a high level,” Director of Health Jérôme Salomon said.

Is the spread of the virus slowing?
WHO head Dr Tedros welcomed the apparent slowdown in infections in some European countries on Friday.

US officials also say the coronavirus outbreak may be starting to level off there. Deborah Birx, the coordinator of the White House coronavirus task force, said on Friday that while there were encouraging signs, the epidemic had not yet reached its peak.

Meanwhile, Dr Tedros has warned that the virus is now spreading rapidly in other countries. He highlighted Africa, where he said the virus had reached rural areas.

“We are now seeing clusters of cases and community spread in more than 16 countries” on the continent, he said.

“We anticipate severe hardship for already overstretched health systems, particularly in rural areas, which normally lack the resources of those in cities.”