Cricket: Chandika Hathurusinghe to take over as Bangladesh coach 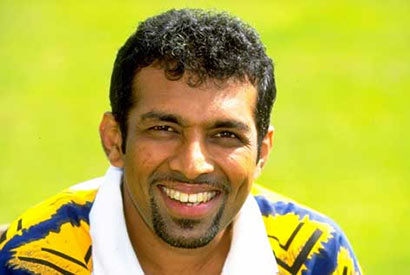 Chandika Hathurusginhe is to take over as head coach of the Bangladesh national side.

Cricket NSW confirmed on Monday the Sri Lankan was leaving his role as coach of the Sydney Thunder Twenty20 team to replace Shane Jurgensen, who resigned last month.

The 45-year-old will be having his first taste of international coaching, although he was previously assistant coach of Sri Lanka.

He led the NSW Blues in the second half of the 2012-13 season before being offered the head coach role with the Thunder last season.

“Obviously, we are sorry to lose someone of Chandika’s ability, but it is a great opportunity for him and a great recognition of his skills and personal qualities,” Cricket NSW chief executive officer Andrew Jones said.

“He has done an outstanding job with both the NSW Blues and the Thunder, and I am delighted that his ability will be given an opportunity on a global stage.”

Home » Cricket: Chandika Hathurusinghe to take over as Bangladesh coach