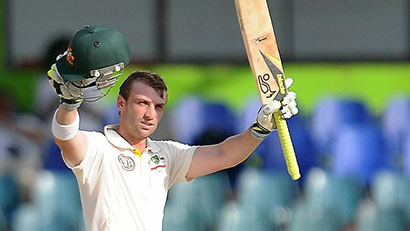 The cricket world has been left shattered by the death of Australian batsman, Phillip Hughes.

The 25-year-old suffered devastating head injuries when he was struck while batting at the Sydney Cricket Ground yesterday.

His family has made the heart breaking decision to switch off his life support.

Hughes had been in a critical condition in an induced coma after being struck by a ball during South Australia’s Sheffield Shield match with NSW at the SCG on Tuesday.

The 25-year-old on Tuesday underwent surgery to relieve pressure on his brain, and doctors said they expected to know the outcome of the procedure by Thursday.

Hughes’ life-threatening injuries sent shock waves through the cricketing world, with messages of support pouring in from current and former Australian cricketers as well as players from around the world.

Australian captain Michael Clarke and vice-captain Brad Haddin were among the supporters to visit Hughes in hospital on Wednesday, joining Hughes’ family at the former Test opener’s bedside.