Danushka Gunathilaka makes new legal bid to get out of jail 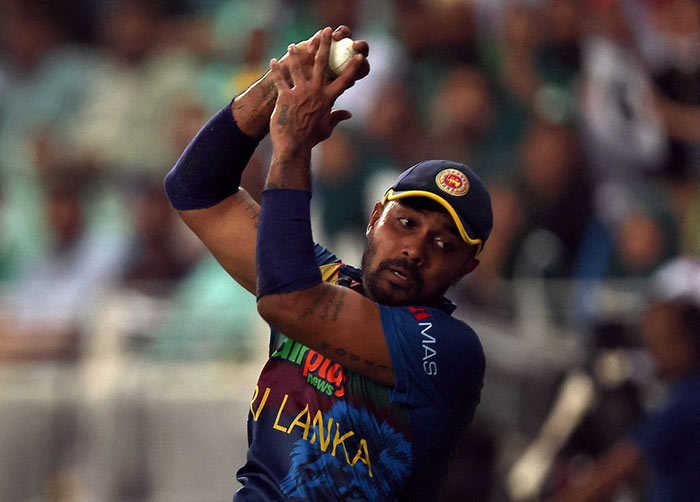 A New South Wales Supreme Court hearing will be held in December after Sri Lankan international Danushka Gunathilaka launched a second bail bid following his arrest and charges of four counts of sexual intercourse without consent.

Following the team’s Twenty20 World Cup loss to England, the 31-year-old was arrested at the Hyatt Regency on Sussex Street in the early hours of November 6. He did not fly home with the team.

Daily Mail Australia obtained a police statement of facts alleging the woman met Gunathilaka for drinks and dinner at Opera Bar and Frankie’s Pizza on November 2 after the pair matched on dating app Tinder.

The woman was allegedly choked three times and forced to perform oral sex, according to court documents. Gunathilaka also allegedly removed a condom without permission

In the morning, she was allegedly sore and had red marks on her body and couldn’t work due the fact she could not stop crying.

The woman gave a statement to Bondi police on November 4 about the alleged incident. A sexual assault examination was then conducted at Royal Prince Alfred Hospital.

According to police facts, she also underwent a brain scan to check for any injuries caused by repeated choking.

Court documents showed that Gunathilaka lives in Sri Lanka with his parents, has no ties to the Sydney community, and is believed to be a flight risk by investigators.

Lawyer Alen Sahinovic told the NSW Supreme Court on Monday that defence counsel had been briefed in the case and requested a bail hearing date for Gunathilaka.

During the 30-minute hearing, Sahinovic said only ‘unacceptable risk tests’ would be discussed.

The judge may grant bail under this test only if he or she is satisfied the applicant doesn’t pose an unacceptable risk to the community or will fail to appear in court.

This is not a case of a ‘show cause’ offense where the accused must show why their detention is unjustifiable.

The bail hearing has been scheduled for December 8, and Sri Lanka Cricket has suspended Gunathilaka from all forms of the sport.