Dayasiri and Ekanayake sworn in as Chief Minister’s 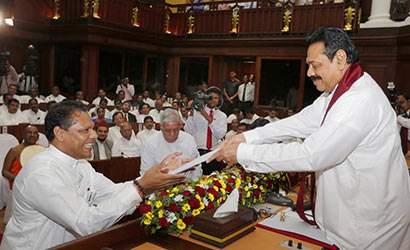 Dayasiri Jayasekara and Sarath Ekanayake were sworn in Chief Ministers of the North Western Province and the Central Province respectively before President Mahinda Rajapaksa a short while ago at the Presidential Secretariat.

Jayasekara topped the preferential vote list while the son of Prime Minister D. M Jayarathne topped the vote list in the Central Province.

Home » Dayasiri and Ekanayake sworn in as Chief Minister’s