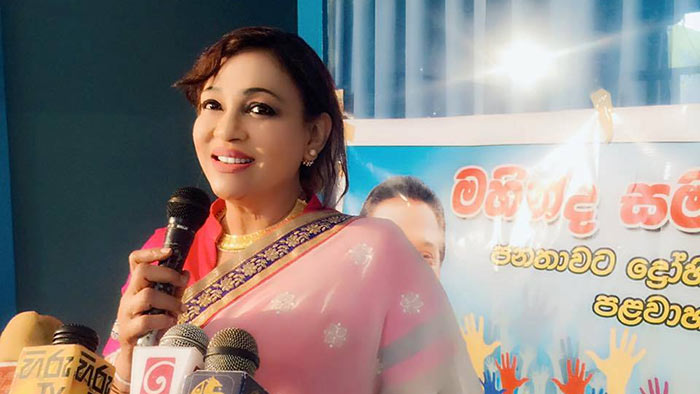 Before spending a colossal amount to construct and carpet roads, the Government should do something to ensure that people in the country have three square meals a day, SLPP MP Geetha Kumarasinghe said in Parliament. Participating in the debate on the Appropriation Bill 2022, Kumarasinghe said poor people in the country were suffering so much at the moment and could only afford one meal a day.

“I am not saying that we should not construct and renovate roads islandwide. But something should be done to eradicate hunger. We have to help the people to have three proper meals a day,” the MP said. Speaking further, Kumarasinghe expressed her displeasure over allocating only 3 per cent from the Budget for women. “It should be remembered that 52 percent of the country’s population are women. Therefore, more attention must be paid to the wellbeing of women in the country,” she said.

1 Response to Defeat hunger and then construct roads – Geetha